Brits wonder if Trump will back them up post-Brexit 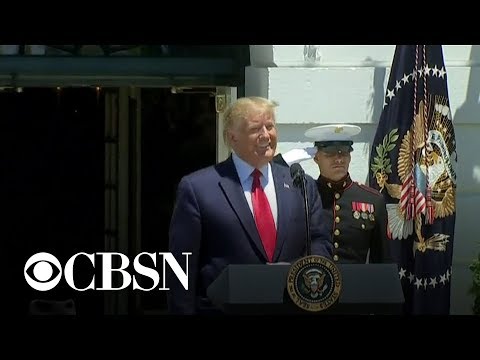 Brits wonder if Trump will back them up post-Brexit Brits wonder if Trump will back them up post-BrexitRecent comments are affecting opinions of the UK Diamond base. That’S the same for this week’s London KY predictions are correct. Then. Next week this man, Boris Johnson, will be on new prime minister. Boris has pledged to take bread out of the European Union, come what may by the end of October. Even if we haven’t arranged withdrawal deal by then this could lead to chaos Without Borders, with lines of the ports and shortages of medicines, agricultural products. In this case, we might be a fan of President Trump rely on him at a time of national crisis meant to be the closest of allies. Last week, President Trump insulted our ambassador in Washington. The ambassador’s crime was to report back to London on the Trump Administration. As he saw it, those reports leaked and the president turned on it, closest European neighbors and throw all our eggs into one basket that basket held by President Donald Trump, which brings us to this week’s events in your country. The president’s fight with those for congresswoman the things that you said about them, hoes reverberated to cross the Atlantic, is a thought that must surely be going through bars, Johnson’s mine as he prepares for power if President Trump, what you going to do to us, that’s why I’Ve been calling for today. This is Simon bass to CBS News in love them On its way out of the European Union, the U.K. may need its old friend to lend a hand. But as Simon Bates says in this week’s “London Calling,” the man likely to be Britain’s next prime minister must be worried about how much help President Trump will give.