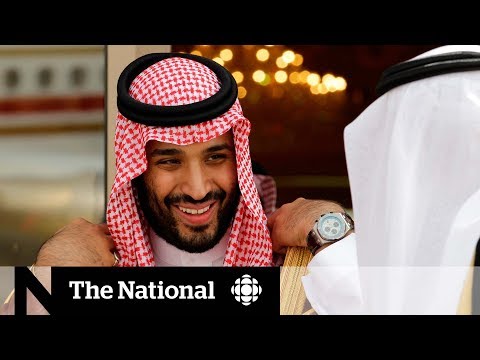 Calls for deeper investigation into Jamal Khashoggi killing Calls for deeper investigation into Jamal Khashoggi killingFrom Jamal khashoggi fiance today, I desperately to diplomats from around the world. I want to know what is his body when investigators independent report blamed Saudi Arabia, for the attack that special reporter can’t say for sure who ordered the killing, but she’s got a pretty good idea. It was overseen plan, an endorsed by ilvl officials, and it was premeditated criminal investigation targeting Saudi Crown Prince Mohammed bin. Salman he’s denied involvement and got on with the business of ruling. His kingdom smiling for the cameras today on a trade mission to South Korea. Saudi Arabia has been on trial in private for khashoggi brutal killing inside that consulate, but the UN investigator says the Saudis doesn’t stand up to International scrutiny, the Kingdom’s Ambassador, Abdul Aziz, Al whistle blasted the report and its findings Jack. Any attempt to remove this from our national justice system reiterating the Saudi demand for the whole world to but out, instead, not only my voice, who was also democracy, rights and freedoms of just how much is at stake. Thomas London, A UN special rapporteur on extrajudicial executions says Saudi Arabia’s investigation into the killing of journalist Jamal Khashoggi failed to examine who may have ordered the murder. And she went a step further, saying the Saudi Crown Prince and other senior officials should be investigated over the murder.