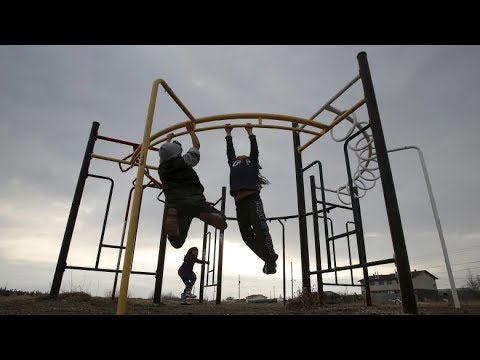 Canada must compensate children in First Nations welfare system Canada must compensate children in First Nations welfare systemOttawa has been ordered to pay tens of thousands of dollars to every indigenous person who was put in the on reserve child welfare system. It’S a decision that will likely cost the federal government billions of dollars, cbc’s Jorge Barrera Jorge. What else can you tell us about this ruling in this stunning ruling from the human rights tribunal? They have ordered Canada pay every single First Nations child that was in the underserved child welfare system from January 1st, 2006 onward $ 8,000. The tribunal also order Canada to pay the parents and grandparents. The grandparent was the primary caregiver of these children $ 20,000, plus an additional $ 20,000 for every child that they had taken from their home unnecessary. Now. This really does not affect our parents or grandparents who had were found to have sexually abused, physically abused or psychologically abused children. Now there’s this ruling expected to impact about 50,000 children, and most is children with are likely in the Prairies and in British Columbia as well. This really also ordered Canada to pay $ 40,000 to children and their parents or grandparents who had to be removed from their home to access service like Health Services or who were denied Health Services Under Jordan’s principle and George principal basically says that a child on reserve Needs to get the same level, Services of children officer and that any issues about who pays for it comes after child receive that service, and I just want to read a little bit from the ruling to show to show what do you know the tribunals justification for Coming to this conclusion now the tribunal said that Canada’s conduct with devoid of cost, with little to no regard to the consequences: Publix Behavior towards First Nations, children and their families. Canada, was aware of the discrimination and of some of its serious consequences. Canada focused on financial considerations rather than on the best interest First Nations children and respecting their human right now. Today’S ruling follows a January 2016 ruling where the tribunal found at Canada discriminated games of First Nations are children by underfunding on child welfare services. Okay, well we’re waiting to hear from The Minister’s office indigenous Services, Mr Seamus Reagan’s office, to hear about the response. Pikachu Edition review over this. The tribunal has also ordered Canada Centre to talk with you assembly of First Nations and the First Nations child and family caring Society actually follow the original Human Rights Campaign 2007 to sort out the mechanism how this compensation can be distributed and a tribunal wants to see Proposals by December 10th – okay, thank you for the The Canadian Human Rights Tribunal has ordered the federal government to compensate First Nations children impacted by the on-reserve child welfare system. “Canada’s conduct was devoid of caution with little to no regard to the consequences,” said the order.