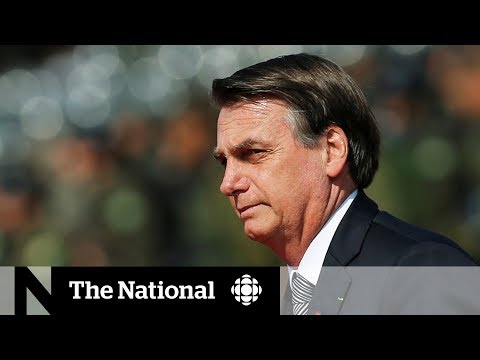 Canada offers $15M to fight fires, as Amazon politics play out Canada offers $15M to fight fires, as Amazon politics play outIf politics can put out fires, the Amazon rainforest might be safe tonight, but that is not the case. The rainforest is being consumed at a rate not seen in nine years, even so. The Brazilian president, jair bolsonaro, said this morning that he would reject the G7 offer of 20 million dollars to fight the fires until French president Emmanuel apologizes for slamming his environmental record, Donald Trump tweeted out of praise for his kindred spirit, he and his country have the Full and complete support of the USA later in the day or bolsonaro spokesman said all foreign aid would be accepted as long as Brazil gets to say how it’s spent, so Canada’s offer will also be accepted down. Cameron Mackintosh looks at that and some other ways. Canadians think they can intervene in This Global crisis. Has the rainforest politics play out of Canada stands by its offer? We stepped up as the government saying they’re willing to provide not only financial assistance but also assistance. We have great firefighting teams, 15 million-dollar aircraft on the ground in Canada. Forest fires typically spread through the living canopy still firefighter, say. Canada can make a strategic, albeit small contribution are bombers, will help slow down the fire, but it’s more than likely going to take boots-on-the-ground to fully extinguish it to prevent any any further advance of wave of deforestation. Consuming the Amazon. The song midi is not a camouflage. You can hide behind, but you’re also are going to have to impose fairly severe sanctions and accountability. Talking point: we need to be linking trade to the environment. As a record number of fires burn in the Brazilian Amazon, a political back-and-forth is playing out over millions of dollars in aid. Behind the scenes, though, Canada is working its own diplomatic channels to get money and water bombers to the region.