Canadian town vows to fight back against online ‘ransom’ attacks 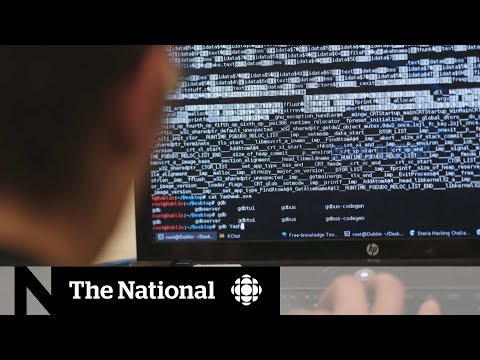 Canadian town vows to fight back against online ‘ransom’ attacks Canadian town vows to fight back against online ‘ransom’ attacksKnown for its swans on the Avon River and is the home to some of the best theater in the country, there’s little drama off stage in Stratford Ontario, but the city is adding its name to the list of Canadian communities for ransom by hackers in April. Cyberextortionist broken to the city’s computer system encrypted part of the database and demanded tens of thousands of dollars to regain control of the system. Cyber terrorists they’re not really interested in the information they’re interested in disrupting your ability to function, and that will allow them to get money in there. That decision is completely up to the city and its insurance provider has responsibility to deal with. All the demands of the attackers helps protect Canada’s Communications networks, any City or business stuck in this position should reach out to him for help, but don’t expect advice on meeting Ransom demands action with a with paying around some is you have to you have to measure That against, how do I get my business back up and running and that’s an organ. That’S an individual decision for an organization to work out. Macy’S across the country are flummoxed and other than practicing good cyber hygiene. There really isn’t much. Anyone can do to stop these criminals. That’S why Stratford’s mayor wants to work with other Mayors to come up with a new security strategy. We are holding information that is deemed to be valuable to attackers or the new terrorists of of the century. Today, I think we need to find a way to do it. Well, he’s grateful no sensitive or personal financial information was stolen in this attack. He wants to spare other Canadian Community from the trouble he’s city is going through Katy Simpsons Canadian municipalities are “sitting ducks” for “cyber terrorists,” says the mayor of Stratford, Ont., the latest Canadian community to find itself targeted by an online ransom attack. This has sparked a new push for a national strategy to fight back.