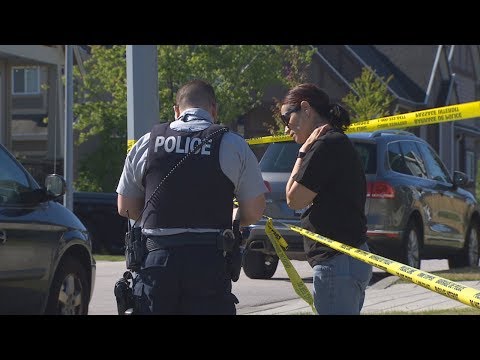 Car chase and street brawl leave B.C. neighbourhood shaken Car chase and street brawl leave B.C. neighbourhood shakenThe video starts here just before 8 p.m. Saturday night. It’S sunny and quiet that 88th Avenue and 135a Street. Then chaos breaks out surveillance. Video shows Vehicles, speeding across people’s yards to car smash into each other on the street. Then neighbors are stunned at the Mayhem that ensues. That looks like a movie actor, so you know it doesn’t looks like say it happened in front of my house, offers surprised and shocked. I can hit both our cars and then you flew across the yard. Your bra and most of the cars involved sped off before police arrived one neighbor, who was too scared to speak on camera says there was a man whose eyes were bright red from being pepper-sprayed. He was screaming for help and he had a big gash on the back of his head. 3 people were taken to hospital and one has serious injuries. Descriptions of the vehicles involved, but so far no arrests have been made, has led investigators to believe that may be related to Lower Mainland conflict. The views comments call for more manpower for the Surrey RCMP, which has hundreds fewer officers, then Vancouver. The Surrey RCMP agrees: more resources would help with investigations like this or the officers this year, but he says that would make little sense when a new Municipal Police for it’s coming, but for people here they’re not interested in the arguments at City Hall. They just want the violence to stop Jesse Johnston, CBC News A high-speed car chase and wild street brawl have left residents of a Surrey, B.C., neighbourhood shaken. Police say the violence that sent three people to hospital and others fleeing the scene is likely linked to Metro Vancouver’s ongoing gang conflict.