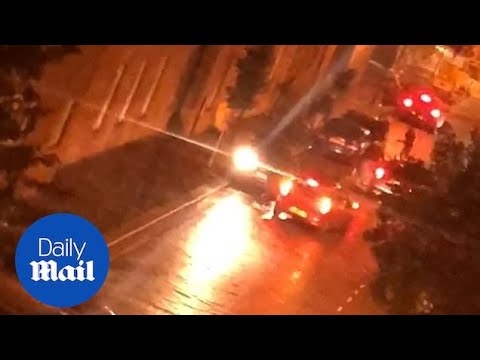 Cars collide during violent ‘gang’ fight in London’s Shoreditch Cars collide during violent ‘gang’ fight in London’s ShoreditchA shocking fight broke out in the early hours of yesterday morning in Boundary Street in Shoreditch which ended with a car ramming an individual into a brick wall. The violent scenes show wild punches being thrown, glass breaking and people being thrown to the floor all while a woman screams at them to stop. A resident who filmed the fight said the warfare breaks out most weekends. The Metropolitan Police confirmed no arrests were made and everyone had dispersed by the time they arrived.