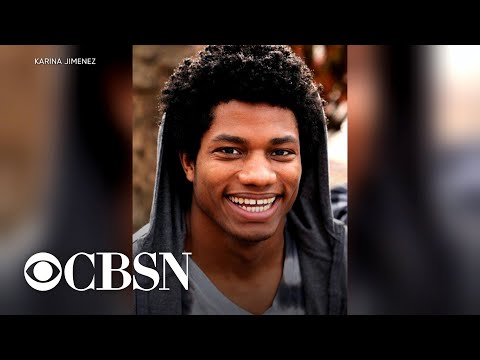 CBS News obtains ICE review of 2017 detainee suicide CBS News obtains ICE review of 2017 detainee suicideNews has obtained an internal review by Immigration and Customs Enforcement that reveals healthstaff at an immigration Detention Center in Georgia violated agency regulations. In the case of a detainee who died by suicide in 2017, twenty-seven-year-old Jean Carlos Jimenez Joseph killed himself after being held in solitary confinement for 18 days at Isis, Stewart Detention Center, the Panamanian National with a diagnosed schizophrenic with tried killing self once before. The facility ice conducted a detainee death review and found the staff. There did not refer him in his Joseph for an urgent mental health assessment after he reported having auditory. Hallucination is death sparked outrage among immigrant rights activists who raised concern about the agency’s treatment of mentally ill detainee. Andrew free joins us now from Nashville Tennessee. He is the lawyer who is suing ice on behalf of him. Does Joseph’s family? Thank you very much for being with us days in solitary confinement, you have argued that he should not have been put in solitary confinement, a tall. Do you think, being in solitary confinement, eventually led to his death is actively I’m schizophrenic into suicide, into solitary confinement as a recipe for suicide. It’S like putting an asthmatic into a Smoke Filled Room Jean told facility staff that he was trying to hurt himself. That’S inappropriate in violation of Isis rules and ultimately have led to his death. There are multiple levels of failure that we see in the detainee. Debt reviews at CVS has obtained others. Failure at the contractor level. That’S corecivic, which is one of the nation’s largest private prison corporations in this particular facility, is Pacific facility. That’S the most deadly facility in the country. Supervisors in Atlanta were notified by Jeanne himself required to follow any of the mandatory policies that are required for dealing with people with serious mental health issues and more Broadway. There’S been a failure and accountability statement today. That Isis spokesperson continues to say that all people in ice custody get out of quick medical treatment and, as this report, which is bought and paid for on, demonstrates, that is simply not true. So true, systemic failure Chase on behalf of Jimenez Joseph Family. What is the family looking for, hoping for that? No person perishes, like Gene did and that no person in Immigration detention is forced to suffer in the way the chain was. We have filed suit against ice and the Department of Homeland Security’s office right to civil liberties. In the office of Inspector General, just these records and for over a year ice refused to give us when it came to CVS. So we are very happy to see this report separately. We have sued rituals on who are named in 10. Individuals who are not were cries because we believe that their treatment of Jean violates his constitutional rights and violet the alien tort statute, torturing people who were born abroad on here in the United States out to you most in this report, complete and utter absence of a Strategic and thoughtful response from the agency, there is no acknowledgement that I have seen yet from person with the Department of Homeland Security rice of these colossal failure, disease deadly failures that were predicted and preventable. I’M. In fact, we know that people at the facility told the Department of Homeland Security’s office inspector-general just a month before Jean got there at the facility. Staffing model is a ticking bomb. We know that the Department of Homeland Security’s office of Inspector General concluded that the Staffing ratios and then at that facility post immediate risk to the health and safety of people. And yet there has been no coordinator response from the people who are responsible for the violated. At the facility, you say those issues have not been proactively address. To mention Staffing is that what needs to be done first and foremost, in your view, also after having prior suicide attempts and I’ll also suffering from schizophrenia, everyone responsible for those tragedies needs to go. It is long past time for accountability. What needs to happen in its place is a fundamental rethinking of home were detaining under what circumstances we are going to commit the resources that are required to make. Thank you very much for your prospective CBS News has obtained an internal review by ICE that reveals how staff violated regulations in the case of a detainee who died by suicide in 2017. Immigration lawyer Andrew Free joins CBSN to discuss the case.