China wants to narrow trade talks with US: Report 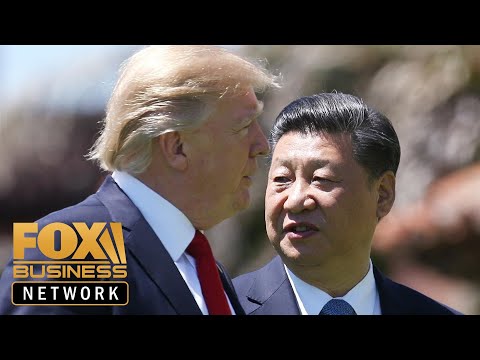 China wants to narrow trade talks with US: Report China wants to narrow trade talks with US: ReportBreaking news guys new developments on the China trade story, The Wall Street Journal this morning is has a new report on the China is looking for in the negotiations. Get this the journal is reporting to. China is looking to narrow the scope of these talk, to focus. Only on trade security issues on a separate rack can we do that? Can you put National Security issues on a separate tracks and just focus on China buying more stuff from the United States? Babe trying to think out of 70 billion dollar trade deal came back in the president said no, not good enough and the Chinese were shot mnuchin were the treasury secretary was shot so up. I’M not sure how far this is going to go. Is that a national security issue, or is that trade I mean? Are they ever going to admit that they’ve been stealing from the United States for decades in this literally hears now, and that if you don’t get those protections for an intellectual property and basically stopping some of the Espionage, then what was this fight for used trailers for Toro foreign policy for years and years like the United States, used to separate the two and say why don’t you not pay attention to what we’re doing I’m trying to get ahead of us on AI and Quantum Computing and all the rest and enforcing the transfer of Technology, so I don’t see how the president can accept that, but he wants a deal. China is looking to separate national security from trade talks with the U.S., according to the Wall Street Journal. FBN’s Maria Bartiromo with more.