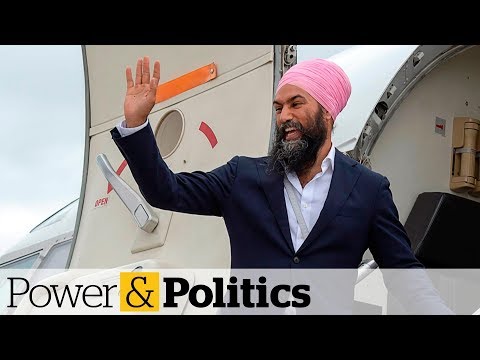 Climate change plans, support for small business | Campaign Roundup Day 14 Climate change plans, support for small business | Campaign Roundup Day 14I believe government should get out of the way and allow small businesses to do what they do best create local prosperity and opportunities just plan to help small business owners. He did so this morning and Thorold Ontario and then headed over to Cambridge and end of the day in London are is traveling with the conservative campaign to bring back some of the Harper are a tax credits that were undone by the liberal government. Think the transit credit Fitness in Solon today and propose to bring back the old conservative small business tax rate sheet, including some of the credits that were undone by the liver, call the loopholes specifically passive investment would be permitted again and so with the sprinkling of dividends. To a business owner, spouse cheer all 29 held by either a liberal or an NDP member, so clearly projecting defensive strategy that they’re playing often really fairly small crowds all indoors. We’Re told that that’s partly deliberate that the campaign believes that rallies draw resources away from local campaign, so this is deliberate strategy of not holding outdoor rally. It’S wearing the dogs into the campaign first week is over that all the people are not still far from the home stretch and then perhaps also the fact that in politics, when your opponent is inflicting damage on themselves, the wise thing is to get out of the Way, but in any case, whatever reason, a fairly low-key campaign here on the ground in Ontario by she living in rural and remote communities, have virtually no access to public transportation. This is unacceptable and remote communities like Light Rail and Alexis announcement in Sackville New Brunswick People’s Party of Canada Ontario he held a meet and greet with supporters in Owen, Sound steps in the fight against climate change. Our plan creates jobs and reduces pollution. The conservative plant will cost more and do less new emissions reduction Target Beyond 2030 committing Canada to net zero emissions by the year 2050 bash. It’S interesting that Justin Trudeau chose this spot to make his ambitious announcement of a goal to get Canada to NetZero missions by 2050, in line with what a lot of other countries are promising this week as well on global climate, AP leader jacket, stings, writing of Burnaby South also very close to the root of the controversial Transmountain pipeline that the Liberals bought from voters here in DC and yet in today’s announcement, Justin Trudeau really was focused his one goal selection to be about really setting up the contrast between his party and that of Conservative leader, Andrew Scheer, Trudeau, kept talking out the liberal record on climate action, while bashing the conservative for what that does not a serious pledge to fight climate change. Our plan creates jobs and reduces pollution. The conservative plant will cost more and do less the party to choose in terms of fighting climate change on a week works. So many people are paying attention but not sure how successful they will be with that, since they are promising more details later in the week. But today’s announcement had very little of that bashing, thanks salima shivji with the Liberals this week also beating the climate change from today and epic proportion, and in the face of this crisis we see Mister Trudeau, who continues to just say pretty empty promises. But no action has he made the announcement before heading over to Burnaby BC, for a town hall to Ashley Burke is covering the end Ashley that they held for 18 years until 2015, when they lost the seat to the Liberals and sing housing event at the University Of where he appealed to young people who are feeling anxious about climate change are taking to the streets because they see the impacts of extreme weather flooding, forest fires, we see it here and now.. This is a crisis of Epic Proportion is already announced, 15 billion dollars over 4 years to reduce emissions, but today gave some more details about how he plans to do that by working with municipalities to Electrify all public transit by 2030, and we know that transportation is One of the leading sources of greenhouse gas emission actually would be. He wouldn’t answer that and just stuck to his message saying that the priorities now we do know that the money would come from a 3 and billion dollar, Canadian climate bank and that’s money for green projects and to create green jobs. Things now headed to his home riding or he could face more questions, but its climate change plan that she thinks Ashley. This is Ashlee birk, covering the NDP campaign this week in politics, more of our show, by subscribing to the CBC news channels or click the link for another video Conservative Leader Andrew Scheer promised a series of measures to support small businesses, NDP Leader Jagmeet Singh unveiled more details of his climate plan, Green Party Leader Elizabeth May pledged to connect rural communities using clean transit and Liberal Leader Justin Trudeau vowed to push Canada to net-zero emissions by 2050.
To read more: http://cbc.ca/1.5294916