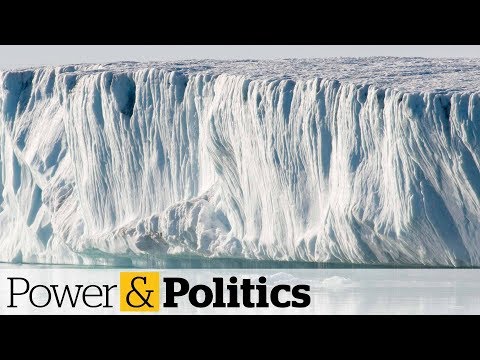 Climate change poses risk to buildings, coastlines and northern communities: report Climate change poses risk to buildings, coastlines and northern communities: reportBuildings, coastlines in Northern Communities are most at risk from the effects of climate change. That’S, according to a new report conducted at the request of the federal treasury board. The report identifies 12 areas of risk and highlights that will be most effective and ranks them by the magnitude of the threat and also by the availability of remedies of the list. Is infrastructure. Building from home to hospitals are increasingly threatened by heavy rain and floods. Coastal communities come next is climate change is slowly raising sea levels. Northerners are third, most at risk, as permafrost melts away underneath them, and climate change threatens the way of life next human health that includes injuries and death from extreme weather events, ecosystems rank number 5, which includes potential loss of biodiversity. And finally, Fisheries are concerned due to things like warmer water temperatures and lower quality, water quality and flooding. So how will the government respond to this report and how will determine mitigation priorities? Jonathan Wilkinson is the Minister of Fisheries and the Canadian Coast Guard and he joins us from Vancouver. Minister I’d like to start with this Climate Change Report that was done for the treasury board. Your government requested the analysis. So what do you plan to do with it? The County Council academies to do was to actually look at the risks associated with climate change, the level of severity of the risk and Andy implications. In terms of how could we adapt to some of changes that we are going to see? It is really important information that I think that it’s a very thoughtful report, which highlights a number of areas where we really need to think very carefully about how we’re going to adopt the impacts of climate change. Some of that work is already underway. I can tell you, certainly within my department, were thinking a lot about how we protect, for example, small craft Harbors in the context of changing climate conditions, and some of it we’re going to need to do some further further thinking about as we move forward. But I think what the report underlines is that climate change is not a future issue. It is an issue that is impacting us now, the we are seeing increasing, increasing impacts associated with the the climate issue and what that really screams for is. We need to have a thoughtful and credible. I think Canadians will ensure that we are talking about as we move forward to October, because because it is such an important issue, permafrost melting, I think it’s becoming increasingly more present in our day-to-day lives, and it’s going to become increasingly more present in our pocket books. On a go-forward basis – and I think that will be an impetus for people to stop and say wow, that’s really really to be a priority for government to start actually a mitigate and be spending a lot of time. Thinking about how we best adapt you’re receiving a report like this you’re treating it is a very credible scientific base report. Does that not mean you need to your government needs to do more to to strengthen your your plan going forward? You know I certainly agree with mismated. This is a climate emergency. I think that perhaps his is a little bit optimistic in terms of the ability to transform some of these fundamental infrastructure programs in a short. Of time entirely align with her. This is an emergency. We need to take action in minister of fisheries and oceans and the Canadian Coast Guard. It was commissioned by the federal treasury board and it identifies a dozen areas put at highest Risk by climate change. Will the report change the approach to climate change and efforts to deal with its effect, or will it be simply you as a political tool on all sides of this issue for the power panel in Toronto, Melissa, landsman of Hill & Knowlton strategies alongside her his former Saskatchewan Finance Minister Andrew Thompson, who is now chief of government relation Climate change poses the biggest risk to Canada’s buildings, coastlines and northern communities, according to a new report from the federal Treasury Board.
To read more: http://cbc.ca/1.5199497