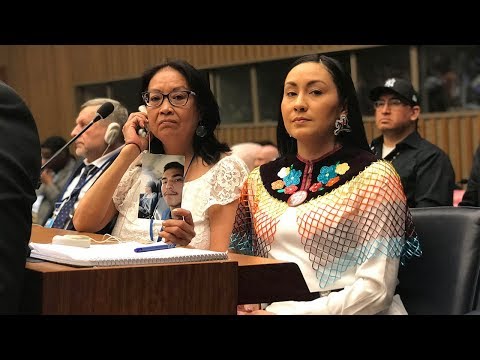 Colten Boushie documentary wins top prize at Hot Docs Colten Boushie documentary wins top prize at Hot DocsCall a film about the killing of a young indigenous man in Saskatchewan took one of the top prizes at the hot dogs. Canadian International documentary festival at that film trace of the case of Colten boushie and his death sparked anger across the country. Many called a repressive and racist judicial system for Martha Sweeney on the adso cuz here to talk about this film, so you know this film winning what the top critics prize here, Canadian director really is. Any of this is a story that many of us remember from the headlines and it’s an important look at the life, but also the family of Colten boushie and how much Injustice played a rule bring the trial. So really talking about here is the young man at 22 years of age. I get along with some friends there in a truck and they go on to a farm on a property in Saskatchewan and Gerald Stanley ends up, shooting him in the back and his later acquitted of second-degree murder. Now what we have here is a look for you right now of this documentary, which is a mention it really does follow along that trial. Colten boushie is from The Red Pheasant First Nation, and this is a story that his family does want. All of us to hear when my brother was shot on August 9th, I was dancing at a pow wow who had died from native people in that Drury know huh. Then we will stand upright. When is not an easy title to remember, but if you just Google, we will stand up and you can keep a check on win available at the screen near you really, quite, as you saw their quite a strong film story to tell and certainly could imagine for The family not an easy story to share their perspective, so I’m wondering what they’re hoping comes out. Well, they were there when this film premiered at the hot dogs documentary festival at a week ago. It was the opening film and remember this is the largest documentary Festival in North America and Canada. So it’s huge that this was the movie that was chosen, so the family was there and didn’t they declined at that time to speak. Obviously, it’s an emotional story about. We did get a chance to catch up with the director. Her name is Tasha Hubbard, and this is what she had to say. Was people rarely or seem to be fully realize human beings and popular culture in you know? Where were the stereotypes so in many people’s minds? And I wanted to use the film to say you know to push back against that. You know we love our kids and we wanted a future for them, and I’m hoping people have the empathy and the openness to see that, and so it into feel that it really is incredible. So again we will stand up. Is what you want to Google in the meantime I’ll tell you that it’s nice they’re giving away the $ 50,000 what four hot dogs – and that is one that we are all going to want to see, of course, I’ll keep you posted A documentary about the killing of Colten Boushie, the 22-year-old Indigenous man who was shot dead on a farm near Biggar, Sask., in 2016, has won a top prize at the Hot Docs Canadian International Documentary Festival.