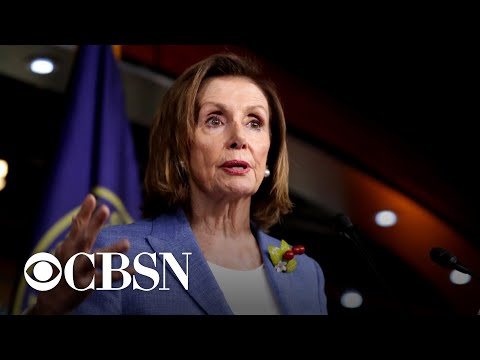 Congress to consider gun laws and government spending Congress to consider gun laws and government spendingCongress is back in session, and so is talk of impeachment house. Judiciary Committee chairman Jerry Nadler, released a resolution to set some rules for impeachment investigation into the president of vote on the resolution is set for Thursday. Your Chief Congressional correspondent, Nancy Cordes, joins Me Now by Nancy. So what exactly would this resolution accomplish on Thursday, and essentially what it does is formalized this house process for determining whether to proceed with an impeachment inquiry against the president is something that’s been building for. Quite some time and Democrat they are going to actually formalize this process, and so what this resolution would do is sit out some rules for future hearings of the Judiciary Committee when it comes to looking into the president’s Behavior his actions, it Woodforest allow staff lawyers on The Judiciary Committee to grill anyone who goes before the committee, any witness for an hour after the lawmakers, have had their chance to do. They’Re questioning also enable the White House to have it at formal procedure for responding to any Witnesses who testify at or any information that is gathered by the committee. So this is democratic leaders as they return to Washington after a six-week break, saying, look: this is that direction that we are heading in, so we are going to formalize this process, a process that Democrats, people enable them to gather more information as they try to decide In the end, whether to pursue impeachment or not Democrats to do with their supporters, many of whom support impeachment it’s something that would be difficult for some of their new members, their moderate members from swing districts, to explain to some of their constituents difficult votes on the House floor explain the difference if you will and don’t expect anything significant to get past so realistically, what kind of debate should we expect to see in Congress for the past few years has not been able to accomplish anything on this issue, and so many others, and So they are probably right to be sceptical, Democrats Chris, to get something done so the speaker of the house and the leader of Senate Democrats. I sent a letter to the president this morning telling him that he has a chance to do something historic here, but that he needs to put pressure on House Republicans only. He can counteract the pressure that those Republicans are getting from the National Rifle Association and other gun advocacy groups, so they say mr. president, you have said if you are serious, we are going to need you to step up and lead your party. That’S the only way that something is going to get done beyond that: they’re holding press conferences, their holding hearings, to try to force Senate Republicans to hold a vote on a bill that is past the house. That would expand background checks and make them Universal Democrats believe this is the way to go a lot of Republicans in the senate or skip still skeptical. They believe that the bill goes too far. They get a look at some of the other legislation that house Democrats are working on. That would a dramatically lemonade, eliminate magazine sales, for example, high-capacity magazines and the life, and you now have I’m conservative Tanya saying we really need to give some of this legislation. A Tough Lover come up with our own. This issue is just going to get too far ahead of us and we might be facing legislation that we really don’t like interesting situation, where you do have some Republicans saying for the first time. Perhaps we ought to do something, because, if we don’t and things to continue to spiral out of control when it comes to gun violence that they might be to do things down, the line that they don’t want to do, they feel would do too much to curtail The ability of Americans to acquire a gun, gun control measures at 2 of vote. I mean who are Senate, Republicans more afraid of the president going to bring any Bill to the senate floor unless they have buying from the president of the United States, because they know that this isn’t difficult for many of their Senators who come from Red States and They’Re not going to be willing to go out on the line. Orthodoxy upset a lot of their own voters unless the president who’s quite popular with those voters, is going to give them political cover and what they do at time and time again not to sound issue. But on others is to say he’s behind something, but then, when the heat ratchets up either from conservative Media or from advisers within his own Administration, he backed off, and so what McConnell is saying is at this time around. Mr. President, we are not voting at all on any measure unless we know that it can be signed by you. That really puts the onus on the president to get o to State what he’s for and to stick with it, but it also opens the door for Democrats to say wait a minute. I thought we were co-equal branches of government here. Why is it that Republicans can’t take moves on their own that they believe a right without knowing ahead of time that they have presidential Buy parameters of the debate that you’re going to be hearing in the weeks to come? Now that Congress is at finally back in washer Nancy Cortez on Capitol Hill. Thank you so much you’re welcome. Congress returns from its August recess to take up the gun debate and a fight over government spending. CBS News chief congressional correspondent Nancy Cordes joins CBSN with more on these major legislative challenges.