Conservative journalist attacked by Antifa speaks out on Fox News 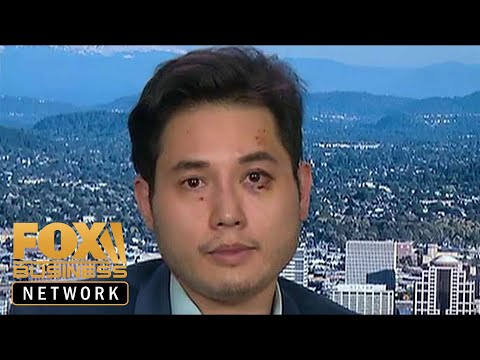 Conservative journalist attacked by Antifa speaks out on Fox News Conservative journalist attacked by Antifa speaks out on Fox NewsIn order to hold City officials, they’re accountable, she’s going to try to everybody involved, describe in detail and UltraViolet accounting, no no fear no hate and then suddenly I was bashed in the back of the head and before I could really figure out what just happened to Me the punches just kept coming in redirection and then eventually they escalated it to throwing liquids in my face that blinded me, so I couldn’t even see which way to to leave and I could still see the Center in the background and I kept thinking the police Were going to come and help me at any moment, but that never happened. That’S the most! Let’S bring the Republican strategist Ford O’Connell. What a story for your reaction, mayor, wheeler just, doesn’t seem to care and is trying to hide the ball here and downplay the situation, because, essentially, he’s still got to be mayor and antifa is going to be around Portland for as long as he’s there, violence that Has to be shut down; Republican strategist Ford O’Connell on how conservative journalist Andy Ngo was attacked by Antifa protesters.