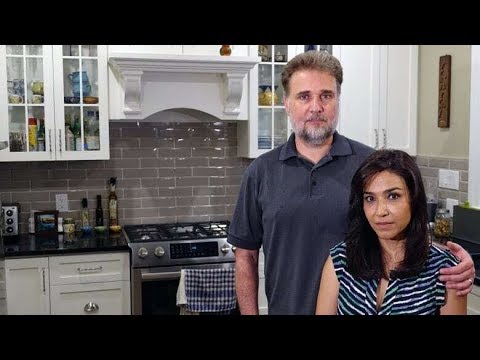 Contractor demands unhappy customer sign muzzling document Contractor demands unhappy customer sign muzzling documentIt’S called these days for customers ahead online to write reviews about the business they’ve used by refusing to reimburse money they’re owed, Laura Osmond, explains Norma domenech loves cooking in her newly renovated Kitchen. Last year. She and her husband decided it was finally time for an update. After 15 years, they hired Auto General Contractors based on the glowing online reviews, but their own experience was less positive and very stressful process. Tractor says during construction. It’S Not Unusual for things to come up that affect the schedule and cost of a project, but they did their best to satisfy their customers. In the end, the company offered them $ 1,000 credit as a Goodwill gesture and agreed to reimburse them for some of the financial headaches encounter during the project. But before ogc would write the check. The company insisted. The couple signed a legal agreement that included in your own disparaging agreement, essentially blocking us from writing. Any naked reviews on site representatives for the company told the couple. It was mandatory company policy and they wouldn’t release the money until they find, in my opinion, very unethical practice. Ogc client, who signed a similar agreement in order to get their money back ogc declined our request for an interview and said they wouldn’t discuss any specific case due to privacy concerns. In a statement, a company spokesperson said the practices meant to ward off quote false reviews. Just like an individual’s reputation is important. The reputation of a small business is equally important and warrants protection. The spokesperson also wrote that it prefers to deal with its clients directly rather than over the Internet. The company has an 8 rating with the Better Business Bureau and great reviews on websites like homestars and online review site for contractors. The CEO of Home start said. Sometimes, contractors will pressure clients to remove negative reviews that she says withholding cash is unusual they’re being held hostage in this situation that are owed that money there should be no strings attached to getting. A refund has made several attempts to reach the company and money back, but they haven’t heard from them and weeks. The company says they’re committed to giving them the money. Laura Osmond, CBC News Ottawa After a kitchen renovation took almost twice as long as expected, the contractor offered this Ottawa couple a cash rebate, but only if they signed a legal agreement preventing them from publishing a negative review.