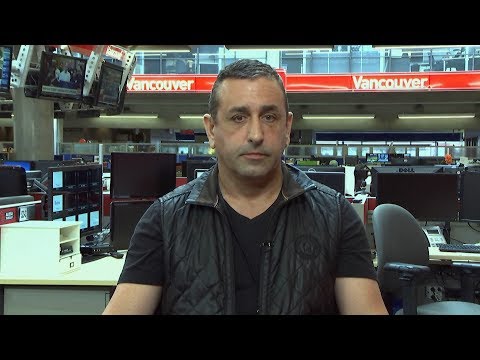 Conversion therapy survivor describes treatment as ‘torture’ Conversion therapy survivor describes treatment as ‘torture’The federal government says it is considering changes to the criminal code to band so-called conversion therapy. Now this comes after the Alberta City of st. Albert voted this week to ban the practice, which involves, coercing or allegedly counseling, want to change their sexual orientation. Conservative leader Andrew Scheer, says his party also opposes the practice if it’s done against a person’s will, but he says the party will wait before taking an official stance on the liberal proposal. I’Ll join us right now is Peter guy. Ditch he underwear the form of conversion therapy for six years between 1989 and 1995. He also wrote a book about. It is called the inheritance of shame. It details the trauma of his experiences and it’s what’s the move past them so Peter. Thank you for joining us today. Thank you, Michael begin with your reaction because, as we said this week, federal government might actually changed to ban conversion therapy. What do you make of that move? While the cynical side of me says it’s an election promise, I don’t care. Frankly, you know, as long as the the politicians get on board to me, that’s fantastic and, of course, I’m thrilled. It’S about time. You say it’s about time. You know. Critics have also sets about time. In fact, some critics of calls conversion therapy abusive a psychologically damaging. As we said, you experienced conversion therapy. What were you made to go through to try to change who you were? I went to a psychiatrist when I was 24 I’d already actually come out as gay, but then rejected by my family. I was depressed and isolated. An estranged and is Sakai just told me that basically, all of my depression and a history of trauma created this false idea that I was gay and so the goal in therapy would be to face the trauma and it would help revert me to Mayan 800 sexuality. He prescribed psychiatric medication, sedative antidepressants and then several more antidepressant, ultimately for at the same time, with the sedative always with this go all of his hehehe Woodward. It correcting the error of my homosexuality. The dosages have to be increased constantly. He would say we needed to silence my homosexuality. I wish you translate, it is still continued desire. I mean, like my same-sex feelings, never diminished, so the medications were increased. Then he started to inject me with ketamine hydrochloride, which was which is a animal anesthetic. He did that before we parenting sessions, which he said again would help. What’S the heal, my parenting, so I would lie in his lap after being injected with ketamine and he would nurture me and cuddle me nurture. I use these words figuratively, and this would help heal. My inner Brokenness, so he did this and he hired a woman to do this with me – is a surrogate mother. So these were my surrogate parents and ultimately, he started using aversion therapy on me. A version therapy being wet electric shock therapy. In my case, I’ll be blunt, he had me bottle my feces and he told I need to do this to be reminded where how gay men had sex, and this would correct my sexuality, which of course only increased self-hatred and the shame not coincidentally, around this time Bring the therapy privately, I started cutting cutting myself privately. So are you having suicidal thoughts going through this therapy supposed their Z all the time all the time, but I listen to what the doc told me I needed to do. There didn’t seem to be on any other option that might at that point in my life, and also this is psychotropic medications incredibly powerful. I had no real, rational thinking that process at this point. As I said, pics of called this type of therapy quote-unquote therapy abusive. What has been the lasting impact on your life? Will I call it? Torture I mean abusive, is putting it mildly. I mean immediately after the the six years that I was with this doctor. I was shell-shocked. I high anxiety, prolonged bouts of crying couldn’t work. I think it’s seems obvious, it impacted me sexually. You know the aversion therapy, in particular the sense of betrayal. I felt that this psychiatrist, who was there to help me, was overwhelming. It was as deep as a spiritual betrayal cut to the core of me, and here I am 20 years later. I’M still talking about it and right beneath the surface over what happened to me and what happens to other young impressionable people Peter. Do this we’re losing time here, but I want to ask you: you mentioned young people for any parent out there who thinks their child undergo conversion therapy, because they’re having a hard time coming to terms with their either gender identity or sexual orientation. What do you tell that parent conversion therapy is not the answer? The answer is to learn to accept oneself, to love the lgbtq person to help them Comfort them in the port. This is what ultimately, we need to do for all people I mean lgbtq. People are no different from anyone else. The federal government is looking at ways to reform the Criminal Code in order to ‘combat conversion therapy.’
To read more: http://cbc.ca/1.5204919