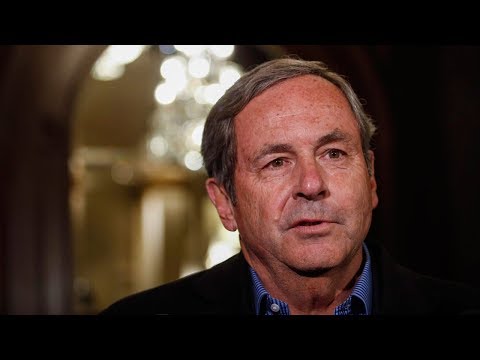 David MacNaughton resigns as Canada’s U.S. ambassador David MacNaughton resigns as Canada’s U.S. ambassadorNews coming from our nation’s capital, we got cdc’s Katie Simpson all over. This has to do with Canada’s ambassador to the United States Katie. What are you doing in his post that he submitted his resignation to the Prime Minister saying that at the end of the summer, he would like to return to private life and spend more time with his family and then return to work in the private sector sources With direct knowledge of the situation, tell me that David McNaughton has been thinking about this idea for a couple of months now now that NAFTA is heard about a stage where it is really in the hands of the United States to get it across the goal line. This is something of course, he works very closely. How does foreign affairs minister with to try and get through those very difficult NAFTA negotiations? Canadians will remember just how tent the time it was in the Canada US relationship and that’s why it went when Justin Trudeau, pics David McNaughton, someone who’s a senior trusted liberal to go into that role. That’S why he was selected for that position. David McNaughton hit his partner. Leslie is in Toronto. I know that from sources with direct the situation that he’d really like to live in the same city as his partner. He’s got four daughters and a number of grandchildren that he’d like to spend more time with, and this is something that he regularly talks about. So this is not necessarily a surprise, but Justin Trudeau will have to find some big shoes to fill this position because he was such a trusted adviser of this government, I’m he really became close with with the prime minister’s office during the 2015 election campaign. He was the Ontario codeshare, along with now Minister navdeep bains, and really ran the Ontario team, which of course was a huge success for the federal liberals in the 2015 election after he was involved in the campaign there. Of course he was appointed to the ambassador to the US and of course it was at a time when the Canada u.s. relationship really really changed with the election of Donald Trump. Canada knew that whoever was going to win that 2016 US election. That said, they were going to have to deal NAFTA in some way, shape or form. The Democrats were criticizing the deal and, of course, Donald Trump. Well, look. He reopened it and demanded negotiations. Canada knew it was going to be entering a challenging phase with the Canada. Us relationship and Justin Trudeau. It’S a David McNaughton because he’s one of the more senior people in his inner circle that he trusts to speak to that level of trust that they had that. Remember the snc-lavalin Scandal as many Canadians will win win. That was, at its worst David McNaughton, flew back from Washington to Ottawa, to help provide some advice to the prime minister to try to sort of steady him and come up with with a way forward in the wake of Gerald. But his resignation, David McNaughton, is very with Gerald butts and Katie Telford because they came from the Ontario political system together. So this is a major figure in the liberal government, although he is appointed and he’s non-partisan when he is in this role. He is someone that is a very senior and Weiser to the Prime Minister, and so this will be a significant change in Washington right now, though, because the Canada US relationship is, is such a complicated once there is a deputy, there is a deputy Ambassador there, a Woman named Chris, she was deeply involved in the NAFTA negotiations as well she’s going to cover things off and and the time being until the new ambassadors appointed. But this is a significant development in the Canada sort of approach. The United States is something to David. I’Ve been thinking about it publicly talkin about for quite some time and now he’s made it official Katie any Whispers new names for friend who’s putting their hand up at this stage. I think the Liberals are just quiz on the election, and perhaps this is something that they’ll have to deal with after the election, because that’s where everyone right now it is Ottowa is all election all the time, no matter which party work for. What’S going on it’s election election election election, so Christian Hillman is there until after the election? Perhaps she is the person who ends up taking on that role. I know that they have a lot of trust in her, but right now, David MacNaughton, who helped see Canada through the difficult NAFTA renegotiations, is leaving his position as Canada’s ambassador to the United States at the end of the month.