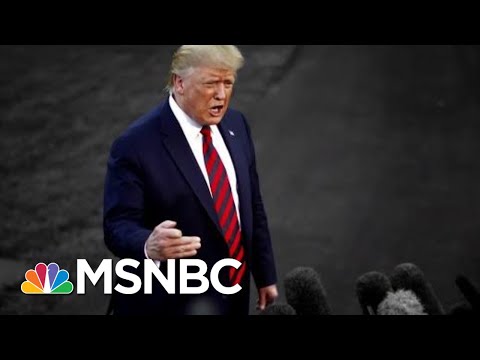 Day 967: Trump DOJ Says Dems Shouldn’t Get The Goods From Mueller’s Jury | The 11th Hour | MSNBC Day 967: Trump DOJ Says Dems Shouldn’t Get The Goods From Mueller’s Jury | The 11th Hour | MSNBCDay 967 of the Trump Administration interest tonight, there’s a new problem with the way house Democrats are going after and trying to use what are normally secret grand jury materials from the Mueller investigation. The justice department, though, is pushing back saying the Democrats have impeachment OJ specifically option of its investigation, makes clear that it is too far removed from any potential judicial proceeding, the filing even sites news media reports on what they are doing here. It includes two stories I’m Andrew desiderio who joins us in just a moment. In fact, Freddy one that was confused. We are in the midst of an investigation. Tomorrow is adopting procedures enabling us to do with the more effectively get caught. In semantics I mean we should move forward. vote to impeach. The justice department comes to the house Judiciary Committee when it comes to handling Witnesses. Tonight, Jerry Nadler spoke out about the latest effort to thwart the ocean proceedings in the committee that we are in fact conducting an investigation preparing to decide whether to recommend articles and peace into the house. This is another instance of the Trump Administration trying to cover up and and high from Congress and to American people in this case from Congress, because the American people didn’t see the grand jury information, he asked. How do you impeach a president who has helped create? Perhaps the greatest economy in the history of our country done more than any president. In first two and a half years, despite phoneum fraudulent Witch Hunt illegally, let against him sentence for doing a good, great job, and it came up last night when he spoke to a gathering of house Democrats in Baltimore. I told Nancy Pelosi have to do something other than trying to impeach somebody that didn’t do anything wrong. You have to. I said it’s hard to impeach. Somebody who didn’t do anything wrong. Report is out, there’s no collusion after 2 and 1/2. President also got a big assist today from his loyal House, minority leader, Kevin McCarthy, who criticized as for their handling of the investigation of this President. The leadership doesn’t even know what the Committees doing letting on the conference itself. They can’t even determine whether they’re working on impeachment or not the Democrats are making it an issue, and I think it’s the wrong issue for them to even talk about then there’s this has all this unfolds. The Washington Post is reporting the house Judiciary Committee is negotiating to bring ex attorney general Jeff sessions to the hill to testify before them. The mother report detailed how Trump had pummeled sessions and tried to pressure and to reverse his recusal from the Russia matter. According to the post sessions lawyer says, the only way is clients going to testify, as under subpoena. The Judiciary Committee also scheduled to go to court next month to try to force former White House counsel Don mcgahn before them. At a hearing and former Trump campaign manager, Corey Lewandowski is scheduled to public testimony before that same committee on September 17th. To answer questions about possible obstruction of justice NBC thanks for watching MSNBC on YouTube. If you want to keep up-to-date with the videos were putting out you, can click subscribe just below me or click over on this list to see lots of other great videos? The Justice Department is claiming House Democrats should not get access to secret Mueller grand jury materials – in part because they can’t say whether or not what they’re doing is actual Impeachment.
» Subscribe to MSNBC: http://on.msnbc.com/SubscribeTomsnbc