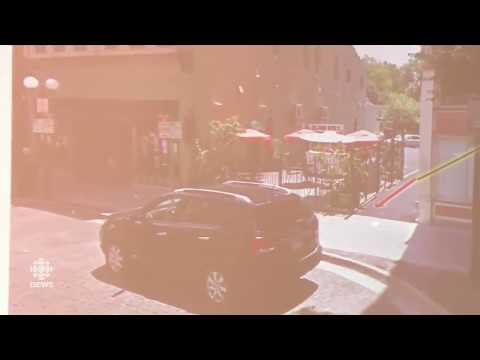 Dayton police release video of mass shooting Dayton police release video of mass shootingDayton, I appreciate all of you, who’ve been with us since 7 a.m. this morning. We’Ve had a briefing at 7:10, 1, 3 and 4 and certainly appreciate the work of Dayton Police of and she feels team and she feel himself out of candy. Please cancel many, who am I see standing here behind the cameras have received this briefing as per is our regular process, and if you could stay Underside, commissioner Shah, we are really appreciative of them taking the time as they always do, regardless of the incident they come To our community to sit with the police department to discuss response, so I am very grateful for them, because even when there are incidents that don’t get any press at all their there and I want to make sure that they know how much the city Commission, in The city of Dayton in the police department appreciates leadership also want to mention that tonight, at 8 p.m. we will be having a vigil at the Oregon district on 5th Street. This is a way that you know this is our district. This is our community, and so we will be having a vigil every is invited to attend and encouraged. I want to recognize everyone who’s here of the elected, a sort of tender, Sherrod Brown appreciate him coming down from Cleveland. Senator Peggy lehner is here with us today appreciate coming commissioner Shaw and memes, who have been here all day, just doing whatever needs to be done as well as commissioner Fairchild. I just having that support. Our community leaders and our state leaders has meant a lot to me. Person, and certainly I speak on the behalf of the citizens of Dayton. Headed means that a lot to them as well, okay, so I’m going to turn it over to Chief bill. This is a pretty typical officer. Certainly I just want to say that the the amazing amazing work of the police department and the fire department this past, you know 12 to 15 hours – is demonstrated, but I’m really is that what they do every single day. This is what they do every single day and – and I am so grateful to get to be the mayor of a city with such an outstanding Police and Fire Department chief Richard Beall, I’m here to provide an update for what you are well aware. As an active shooter that Kern the Oregon district and the early morning hours of today of a timeline today at 1:05 a.m. Austin trolling, the Oregon District 3 bar closing time and her gunfire The observed a large crowd running away from this gunfire. The officers immediately Advanced toward the gunfire and within approximately 20 seconds, then they suspect it was actively firing and attempting to enter a crowded liquor. Establishment threat was neutralized in approximately 30 seconds of the suspect firing his first shots. You will now hear a One e911 call to receive. Now you will see a video that was taken in the side of 1, The Shoppes on 5th Street in the Oregon district, the suspect has been identified as a Connor. Stephen Betts is a minimal criminal. History is adult: is traffic violations, speed powder call in failure to yield? He was wearing a mask, a bulletproof vest in hearing protection. He was armed with a .223 caliber like rifle with 100 round drum magazine. He is a 24 years of age and he is deceased. Fatality from this assault include Louis Oglesby, a black female 27 years of age, Mega betz-white film female 22 years of age. She is the suspects sister Saeed Saleh, who is a black male 38 years of age, Derek fudge: black male 57 years of age, Logan, Turner, white male, 30 years of age, Nicholas Coomer, white male, 27 years of age, Thomas McNichols, blackmail, 25 years of age, Beatriz Curtis, Black female 36 years of age, Monica Brickhouse black female 39 years of age, in addition to our 27, confirmed victims who were injured or transferred or transported to local hospitals for treatment overview of this scene of this entire incident. It is now on your screen in the lower left-hand Corner UCI square, that is the approximate location of the suspect’s vehicle, and there was, and then the suspect, left and then went on to commit this assault, be rectangular area toward the right side and more center of The diagram is where the viruses for shots and killed his first victim. He then enters on to 5th Street, and then there are eight other victims killed by the suspect before he is fatally struck at the entrance to Ned Peppers, which is, are the circle designates. This is just a suspect initial route, so you saw that square block box that was on the screen saver. He fired his initial shots. Is that area illuminated in the daytime here in that red arrow is the pathway he took to get the 5th Street we’re not going to show a couple of videos of this event that will show graphic content. They will show police officers in gauges individual. They will show multiple shots being fired. We have done try to eliminate any video at this time that shows any victims who are shot to start with the first video peppers, the date police officer running around the top of the screen to engage the suspect, see the suspect, internet bottom right-hand corner the screen. I send are entering or Tempe internet Peppers when he is struck multiple times and he’s Warning: This video contains disturbing and graphic content.