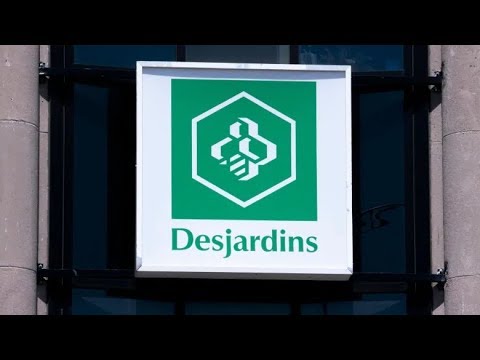 Desjardins data breach prompts emergency Commons meeting Desjardins data breach prompts emergency Commons meetingThere is growing demand for the federal government to take action over the Privacy breach at Desjardin group. More than 2.7 million people and 173000 businesses are affected. As we’ve been reporting. There is a petition calling on Ottowa to give those people new Social Insurance Number. There is also a call for an emergency hearing of the Public Safety in National Security committee. So joining me now the chair of that committee, John mccaa, thanks for joining us, meaning of obligated to call meeting you once you receive notice from 4 members, I’m obligated to call the meeting within 5 days, but right now the obligation is by Friday. So I’m trying to negotiate so they can get it over to next week, rather than having a meeting about a meeting would go right to the substance of the issue, which is pretty substantive that issue. It is pretty substantive main thrust of the meeting that the financial services sector was the most cybersecure of all sectors exactly and the second issue is the remedy of a of a social insurance number replacement social insurance number. I don’t know what the mechanics are involved in that, but I can’t imagine that it is a simple task and I frankly just don’t know how a government would go about doing it. Assuming there was a will to do something like I want to bring in Scott Peterson, who is our business account from De chardin is number one on the liability list. The issue that we heard a committee repeatedly start. Sometimes companies compromise their cybersecurity, bread for other issues, employee who actually knows is there a way that you can come up with some sort of God responsible. I’M one of those things again. Archimedes study that looked at over the past 6 months was that there should be an ongoing brief for our successor committees and, I think, anybody’s really, when you look at this breech we’re talking about 2.7 million social insurance number, that’s your most prized ID. How to even replace a door is that one of the things you’re going to have to look at have they had their data breached, and so this is upfront and personal, and you can be darn sure that empties are extremely concerned about what happens that many people Wanted a brand new Social Insurance Number. What is it? Can you describe any Logistics and pure speculation on my part, but has a great record going to be top of the list for coming to testify before committee difficulties? We want to exercise powers of subpoena and get the officials from the yard at 2 to appear. We. Ultimately, our Authority comes from Parliament, Parliament, not City. However, I think it’ll be definitely in his best interests to try and get ahead of this the issue and to volunteer their time presents at the committee and I’m hoping to hear from them sooner rather than later. This literally, this happened yesterday afternoon at 4. I’Ve talked to a number of the committee members I talked to our Clerk and hopefully, with a course of the day, will put together a witness list that a useful list that actually moves as file from serious complaints. By literally thousands of citizens to something that’s a bit more substantive and useful, I know it’s pretty new to you as well as many of the committee members but you’re taking it seriously. What are some of the main things you’ll be looking at in that committee 1? Is what what procedures were in place? Thirdly, what where is the procedural failure? Fourthly, educator function and ask for a mortgage or a credit this or that, whatever that they are literally putting their most significant data about themselves in the hands of a financial institution combined large? We have very decent Angel institutions. Canadians can have that assurance that we do have very capable people in our financial security, but this this whole issue of cybersecurity is moving so quickly, even the best game. With the best intentions, companies are falling behind. Absolutely absolutely we’re in this together. That’S why we did our study in the first in the first instance that this security standpoint. This is, if he will, the new terrorism. It’S an issue concerns all governments, all levels of government and the number of attacks on various levels of government is the only entity that can actually coordinate. That is CSE, and this is going to be a kind of a a working relationship between the SCLC Canadian Security establishment are main cybersecurity. The new entities that have been stood up and and they senior around senior economic Financial entities of the nation that you’re going to work through this and there will be Solutions work through it. I don’t know, I don’t know what the solutions are. There will be no magic fix that I can see anyways how to instantly produce a new social life insurance numbers, I’m not aware of them, but we will certainly be listening to all. I want to thank you for your time today, really appreciate it. The House of Commons will hold an emergency meeting on the data breach at Desjardins Group, says John McKay, Liberal MP and chair of the public safety and national security committee. Desjardins says a former employee shared the personal information of about 2.7 million members with third parties outside the organization.