Don Martin on ethics committee, SNC-Lavalin scandal: ‘The fix was in’ 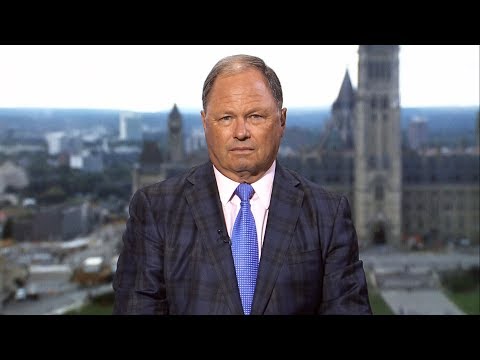 Don Martin on ethics committee, SNC-Lavalin scandal: ‘The fix was in’ Don Martin on ethics committee, SNC-Lavalin scandal: ‘The fix was in’Don, I know you’ve been following it a lot of stuff going on in that committee and, of course, they all came out after before the cameras to give their take on how this is outrageous, tan, the part of the opposition or for the Liberals, things how to Know what’s in the report, but what’s your your takeaway, some political Shenanigans, going on Todd of the motion to call the Prime Minister and the Finance Minister is officials that was pure political, purely political, but a motion to call the ethics commissioner to talk about a report. Given by an officer of parliament to the commons and then say no, we don’t want to hear from him unless he say something embarrassing about our leader is, is something that’s probably argue is an acceptable. That’S the clear move by the Liberals to cover up a reporter. Make a report go away quickly, rather than give it a new fire when the committee? Actually, as you point out, there are some pretty good questions to ask this guy questions that might challenge the validity of some of his key conclusions about the Prime Minister being in a conflict of interest. They walked into the room and majority was going to say no. So whether you agree with some of the Chicago prime minister, not that’s not really on, but certainly having an Ethics commissioner being denied access to a parliamentary committee. Well, that’s that’s! That’S the new, a store specifically given that he was allowed to speak with his predecessor was allowed to speak after a finding of ethical squeamishness by the Prime Minister on that agricon mass. So we’re seeing a pre-election politics at its. Are you surprised on a little bit in the sense that I thought, but they may allowed Dion to speak, not at all about? No, not Trudeau, not going that follows the usual script with it sucks. It’S kind of sad when a man who is charged with being a watchdog or ethical Behavior by politicians is told he cannot speak. He was ready to speak right away at the committee said yes standing by. They said no. Thank you because what we don’t want to hear what you have to say, necessarily so those Liberals are going to be ashamed of Name by the conservative leader is going forward because they were clearly doing their masters bidding what’s the next. Why do you think for the conservatives done they’re going to highlight this as a clear example of the Liberals covering up and protecting their prime minister against the allegations that have been found to be upheld by the ethics commissioner? So it’s going to be pain, a father. I suppose, but was we’ve, seen Todd from pulling over the last few days. It’S not like Canadians on the edge of their seat on her. This issued, nothing seems to abide in terms of pulling support. People’S views on the snc lavilin Scandal are baked into their opinions. Already and nothing that came out last week in the ethics report seems to have budgets that numbers dramatically either way. So I guess they’re going to have to keep trying to make this an issue of outrage, conservatives and liberals going to try and make it go away. As quickly as possible, we’ll see who wins, it’s still a long ways of voting day we’re going to bring up the statement that and Russia reissued on that as soon as this committee ended today and adjourned basically saying the committee had an opportunity to do the right Thing shine a light on the snc-lavalin corruption Scandal, stand that use their majority to cover up the truth in and out complicit and Fritos political interference in SNCC criminal prosecution. The liberal strategy is going to be now Dawn over the next couple of weeks as we move toward an election campaign focused on the economy, focus on job creation, anything –, but snc-lavalin. This story may not be denied any more to the campaign, but it certainly isn’t irritants and one that is change of the Trudeau brand without question just weather at 8. It enough to make that a vote, switching issue, that’s the that’s still in the cards. You know the bottom, this man, this ethics commission, should have been able to speak to the MPS and they said no and that’s a bit of a scandal in itself John Mark nadaud of all the hosts of power-play tracking it all for us today. Thank you Don. You bet Don Martin discusses the ethics committee shutting down a motion to hear from Ethics Commissioner Mario Dion.