Dorian blows rare birds off course and into the Maritimes 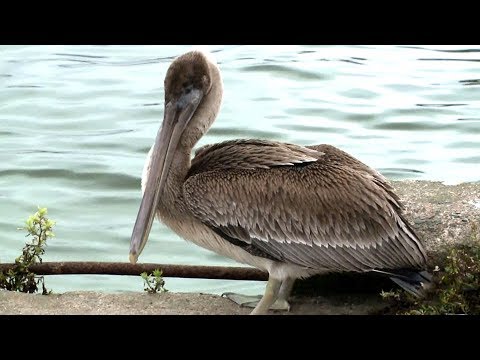 Dorian blows rare birds off course and into the Maritimes Dorian blows rare birds off course and into the MaritimesWell, we’ve been doing stories on Dorian for a few weeks, but one angle so right over our heads, Pelican, is a Long Way from Home. Has been people coming out coming here from East Vespers East Bay to take photos. There’S a lot of really beautiful photos going being passed along through Facebook and that’s really really caught the eye of many a bird watchers in the air. It’S just not something! You see everyday photographs like these taken by Jeannie Fraser, both fascinated by the rare sighting and concerned for its well-being in such a pretty exciting, to see, in spite of the fact that I shouldn’t have been here and biology. Professor at Cape Breton University confirms the Pelican was brought in by post tropical storm Dorian and he says it’s not the only one. It brought up quite a few different birds, a variety of turns, a black necked stilt, and these are things that are all reasonably comment on the coast of Florida, Georgia, South Carolina Dale, says, but normally it’s best to let nature take its course and the typically one Of three things will we know some of them, don’t make it a lot of them? They’Ve got to find food speed up for 3/4 5 days a week, and then they had back so and then the odd one will just hang around for a while. Such was the case with Ralph the Pelican, who became well known around in 2011. Then there was this crested caracara, particularly Rare Bird, around here, spotted near Balls Creek in Cape Breton in Winter 2014. Just last year, one of the most beautiful birds in the world in Marble Mountain takes flight and tries to make its way home without an organization having to come in and rescue. It hope for a happy ending for curiosity, snooze, Glace Bay, Some rare birds have found their way to the Maritimes after Hurricane Dorian blew them off course.