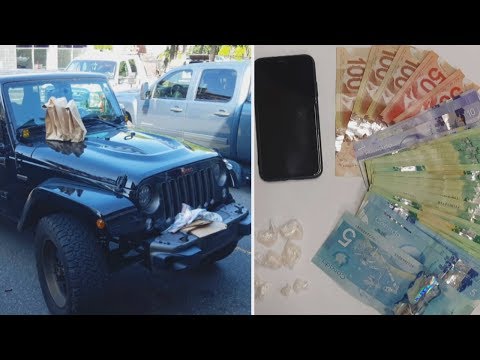 Drug dealers using new drivers to move product, police say Drug dealers using new drivers to move product, police sayWe believe that the gang CD Down people as being disposable, please have been noticing the pattern for several months, most recently on Wednesday, when Abbott Sports gang unit stuff, this Jeep Wrangler inside $ 1,500 prepaid doses of crack and Fentanyl, and several Burger phones. The latest instance of an increasing Trend or street-level drug dealers Recruit new drivers to move product using a friend’s vehicle family member move, help senior gang members avoid having their own vehicle seized. It’S a tactic that Allison go trap says that’s been going on for years. For the dealer, who is you know higher up in the chain, if you will, they are getting someone else to take, call for it and then there’s they’re not going to be affected. Their driver’s license will be affected. Their car, their car insurance, won’t be affected. If someone else is doing it with a different vehicle, 418 year old brother Harwin was caught in the crossfire of an alleged gang attack. Looking for that temperature roderique, the sense of Brotherhood among the wrong people amongst criminals are considered at risk to talk with their kids and reminded that any vehicle caught in a drug deal will be seized and potentially sent. The forfeiture John Hernandez CBC News. Abbotsford Drug dealers are using new drivers to move their product, according to police in Abbotsford, B.C. They say dealers approach young people driving their parents’ cars with the promise of easy cash to move drugs.