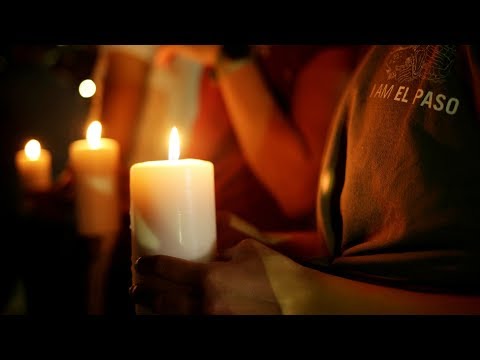 El Paso shooting death toll rises to 22 El Paso shooting death toll rises to 22Good morning, my name is David, champagne, diamond Houston, Texans roster here at Del Sol Medical Center. We wanted to come to you this morning and be able to give an update of the patients the victims from Saturday’s instant Saturday shooting until we have here in House at Del Sol, we’re incredibly proud of the patients have been discharged. One patient has been transferred to another local hospital, five remain in stable condition, and one remains in critical condition. Definitely heartbreaking and I’m terribly sorry to be able to share that two of the patients have ended up passing away. One elderly woman ended up passing away in the middle of the night and another patient patient just recently passed away. I’M going to have to dr. Stephen Flaherty AR arthro medical director can be able to share a little bit more about the nature of the injuries, but the nature of the patients that we ended up. Staying and and the way in which the who did this was who was shooting indiscriminately the challenges that our care team has had and taking care of. A lot of these patients has been beyond just treating their gunshot wounds. It’S been treating other comorbidities and and other is, but these patients have had, and so my sincere compliments to the entire team for the work that they have done and in what has been nearly impossible situations. I’M going to have such a flair to be able to come in and share a little bit more. over the course of the past 48 Hours by Partners, Jody Smith, Rahul Rasheed and are adopted major Chris Bell from Womack from William Beaumont Army. Medical Center have been forgot, providing surgical support and interventions to patients involved in the shooting, providing Continuous Care in the Intensive Care Unit to these most critically injured patient. At most times, there has been more than one of us present in the ICU, unfortunately have been devastating and major, and we are deeply saddened to be here today to have to tell you that to patients have passed in addition to the care that we have been Oregon is leading, there has been an incredibly robust support staff of by our side, the nursing staff has been incredible. The Del Sol ICU nurses have been amazing that most times there have been two or three nurses at the bedside of he’s one of these patients. That, of course, is in addition to our respiratory therapist in the unending support from the leadership of this Hospital, led by David Kim. So we are truly heartbroken to have to be here to report. This have received have been devastating consistent with with with with what has been reported as a high-velocity gunshot wound, our patient who died had major. I can tell you about one of the patients who died that the patient had major inter abdominal injuries affecting the liver, the kidney in the intestines. massive blood transfusion, utilizing all types of blood products, the red cells, in addition to products that help coagulations, ffp, platelets and Cryoprecipitate, I don’t think I can add anything more at this point except the echo are deepstar on behalf of myself and my king. We were just visiting with the family and, as I’m is I’m hugging, the son of a guy who just lost his mom, he’s talking about the doctors and complimenting them to me and that’s what he was thinking about at this point and then being able to convey Just what a phenomenal job, I’m all the doctors, all the team here at Del Sol, all of the Del Sol family, has done and in taking care of his mom and ultimately, all of the 11 victims that we received happy to open it up to any questions. What to do with the challenges? I’M sorry I’ll respect for the families we we can’t release them from 35 to 80. Again, there were significant out of comorbidities of some of these patients have had absolutely about the patient that passed more recently, and if you can talk about the other patient who is in critical condition and how that treatments going to be passed away now, there’s one more In addition to that, you said more recently, can you tell us when that patient passed away? Hospital officials have announced the deaths of two more victims from the El Paso, Texas, shooting, which brings the number of dead to 22 people.
https://www.cbc.ca/1.5236674