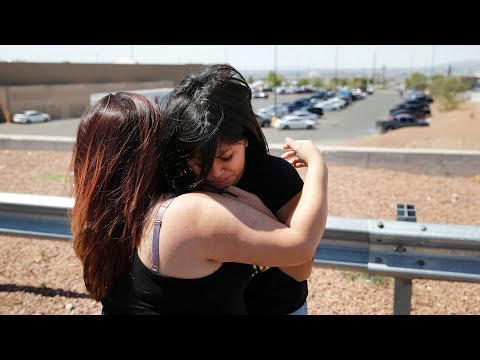 El Paso shooting victims reluctant to seek help amid fears of deportation El Paso shooting victims reluctant to seek help amid fears of deportationGoing to be joined by Marissa, Garcia, she’s, the deputy director at Hope, border Institute, that’s an independent, Grassroots Community organization and we reached her in El Paso, Texas vs, thanks for being here. Thanks for having me shooting, there is being treated as domestic terrorism in terrorism. So what kind of reaction have you been getting from the community? The community is still buy these actions and fortunately we’re not completely box with the level of rhetoric that comes out of Washington DC and Out of This president’s mouth. It’S not completely surprising that actions would follow by people that may have the same beliefs, Akitas, and so now we find ourselves in a place where Community that’s Vibrance and Beautiful by national bicultural is being trounced upon once again and unfortunately, the attack had tragic consequences person That hours after the attack, it was reported that some of the victims in the shooting were reluctant to go to reunification centers, where they might be reunited with her family or they. If they were injured, they they were reluctant to go to the hospital because there rate of being deported now I know you can’t go into specifics, but how does your Institute help in this case? Our resources are email and social media channels are all open. You understand that here in a thriving Community like this, that is full of immigrants, many generations of immigrants, as well as recent arrivals, that mixed-status households were some of the children. Are US citizens, the parents or not daily reality? So if you see an area guarded off by police, cars and flashing lights and authority figures often times and immigrant Community or family that doesn’t have documentation here would would not and turn to those faces. And so now we have to really share with people that we would stand with them in solidarity, help them understand their rights and navigate that process, especially bad loved ones, either killed in the attack or involved an injured who’s incredibly important for us. I understand that they have resources and support, because, even though these faces, like hostable Hospital schools, churches have been considered sacred spaces that are not being used as ice attacks. We know that that has happened, and so in just a few weeks ago, when we had the threat of ice raids across the country, it’s not surprising that people would be on edge already weathering with psychological trauma of this tragedy, but then also having to navigate how They deal with immigration status on top of it, so what kind of advice do you give them? Advice is released, know your rights, there’s a variety of things that people can do and have access to as their navigating these faces and what we seen across the country that has really worked Emmett model where people US citizens, namely I stand with those that are undocumented And help them go through this process and in many times, has official sabacc off and we’re really appealing to Humanity, The Compassion of our community. We have many neighbors and family members that work in these agencies in many ways the path to the middle class in the Borderlands, which is even more perfect, but it’s part of the fabric of Who We Are so. We appeal to the good graces. We appealed to their compassion and we we stand with them. It’S important that we have our own Manifesto here and it’s Manifesto of Love of justice, of compassion and standing in solidarity with our neighbors. I’M spoke today denouncing racism, blaming the internet and mental illness for those shooting. So what are your thoughts and what he had to say? It’S incredibly challenging to hear that from the president and really take it, as are. The lip service seems like just an opportunity to share with expected of him and not necessarily something sincere, since we have so much documented proof of his feelings about immigrants about his ways that he’s called out Mexicans border community of the US and Mexico. So while I’m sure it’s checking a box, I don’t really feel like, if anything more sincere than that. Thank you for your time. Thank you. So much. Garza is the deputy director at the Hope, border Institute. We reached her in El Paso, Texas, Hope Border Institute deputy director Marisa Limón Garza says that in the immediate aftermath of the El Paso mass shooting, some victims were reluctant to get help because of fears of being deported.
To read more: http://cbc.ca/1.5236674