Emergency services on the scene as boy is ‘killed by train’ 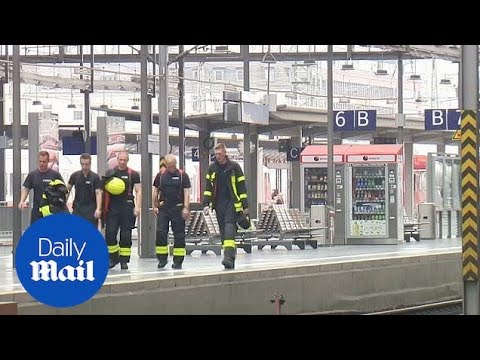 Emergency services on the scene as boy is ‘killed by train’ Emergency services on the scene as boy is ‘killed by train’undefinedHorrified witnesses say they saw the man push the child and his mother, 40, in front of an InterCity Express at Frankfurt’s main station at about 10am. The boy’s mother was able to save herself by rolling into a narrow gap between tracks, but she lost hold of her son who was fatally hit by the oncoming train. Local reports say the man, dressed in black trouser and an olive T-shirt, attempted but failed to push a third victim off the platform at the busy station which eyewitnesses said was full of children at the time. The man tried to run off but was overpowered by passers-by. Police say a 40-year-old, thought to be from Eritrea, was arrested and that there appeared to be no connection between him and the victims.