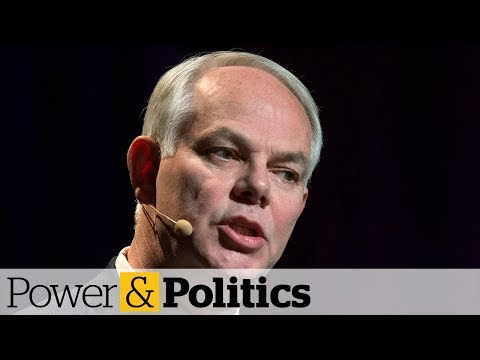 Enter the Greens: First three-way race in PEI’s provincial history Enter the Greens: First three-way race in PEI’s provincial historyNext Tuesday, Prince Edward Island go to the polls and it could be a historic night race for the first time, and the party has never formed government in Canada, who is Martin is hosting CBC News Compass. She joins us now from Charlotte, exciting here on PTI. Right now, because it really the pools all indicate, this is a three-way race, and that would be the first time in history ever on the island to have a three way race between two parties has traditionally blue or red, and now we’ve got the green party. That’S a real Contender here, so, let’s go through the leaders are for our viewers at home tonight we’re just over the green party leader that is Peter Bevan Baker. Liberal leader, that is incoming government and Joe Byrd, is the leader of the NDP on the island with strong, green, showing and all of his, particularly because of the popularity of the green Peter beter Bevan Baker. It shows at that decided. Voters am undecided voters. The greens are at about 40 % of the PCS at 29 %, the Liberals at 26 and the NDP rounding things out at 3 %, so that was $ 400 over the phone Thursday to Tuesday. So clearly, from these numbers, it looks very strong for the greens. It, as I mentioned that popularity, particularly for the leader of the green party, Translate a referendum vote that is to switch our electoral system from first-past-the-post I to mixed member proportional. So there’s a lot riding on this election. Big issues for voters are they had to the pool shoes here on the island, who is the smallest province, so there’s always going to be big 0 %, nearly 0 %, so building of houses that infrastructure is is one of the biggest issues here. The other one is Healthcare and access to healthcare. We have a growing waitlist for family doctor. It is now at 13,000 people 8000 Loan in Charlottetown for 13,000 of the island who are waiting to get to see a family doctor waiting to get her family doctor. So that was also a big issue and it came up at our leaders debate earlier this week. The carbon about the climate climate change is part of that. Dynamic as well rule internet in providing high-speed internet to all areas on Prince Edward Island, also, a federal issue as well, but certainly a big issue here, protractor that no one came out as a clear winner. It seems that all four leaders really held their own. There was a few Scrappy moments, mainly between the greens and and the Liberals, but really this is an election. We just had a few meetings here today and we’re all there’s really no clear indication of where things are going to go on April 23rd. I should point out to 2 election day on Tuesday I’ll write a lot to watch for on Tuesday. Thank you so much. Louise, that’s Louise Martin for us in Charlottetown, This is the first three-way election race in Prince Edward Island’s history. Two surveys published this week give Peter Bevan-Baker’s Greens the lead over the incumbent Liberals under Wade MacLauchlan and Dennis King’s Progressive Conservatives.
To read more: http://cbc.ca/1.5103410