Ex-CIA analyst: Left is ‘grasping’ for reasons to attack Trump 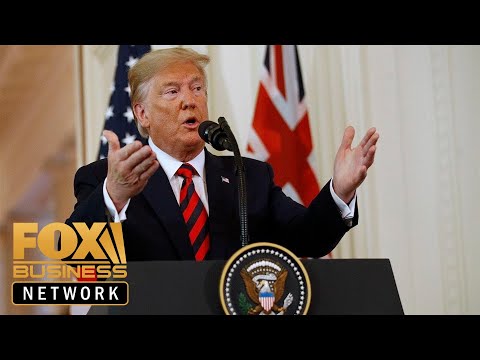 Ex-CIA analyst: Left is ‘grasping’ for reasons to attack Trump Ex-CIA analyst: Left is ‘grasping’ for reasons to attack TrumpHi, Jeremy right now, former CIA analyst Buck Sexton. What’S your reaction to this from the attempted and failed resurrection of the Kavanaugh that will be offense for the last defense, but you have Democrats suggesting that the president, we don’t even know what we said. Nothing has been confirmed yet, or was it somebody from the intelligence who had access to transcripts that were classified, but also, if the president said to a foreign leader, four-headed State, hey, you should investigate some corruption. The fact that might implicate someone that Democrats Hillary Clinton years ago from somebody and the Clinton was over in Ukraine making Investments right giving Aid packages to these energy companies. Gas companies that’s highly inappropriate, so much for church and state right. You remember my family you’re, my son, and now I’m giving money to companies that will benefit you directly, that’s kind of messed up, so that was the story. That was the story. What was the story in Vanity? Fair? Not exactly what you’d call conservative news outlets and now they’re trying to spend play Besame allegations, we don’t know, but there should be investigation. I do think it’s very rich watching Democrats investigate President Trump and his campaign special Counsel. On top of that, for the weaponization of the intelligence bureaucracy turn the report look into whether something very legal, very corrupt may have been going on in Ukraine to wait for head of state, that’s completely legitimate and the amount of leeway to do what he sees fit On foreign policy adversely affect someone Crossing, I thought my God here we go again, and you know what it’s a little bit like the little boy who cried wolf right over and over again immune to it. After the media’s agenda box this week, all the Whistleblower now Trump’s going too far now the end of the mocking this. This notion to be removed for the emoluments Clause. It’S just exhausting in what is more likely that the president Evil Genius. I think you can Former CIA analyst Buck Sexton discusses how the left and the media have handled the Trump whistleblower headlines.