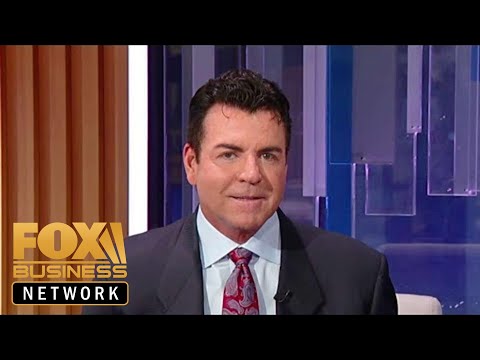 Exclusive: Papa John’s founder’s first interview since stepping down Exclusive: Papa John’s founder’s first interview since stepping downThe state of Papa John’s the piece of pizza Giants going through a series of leadership changes since the company’s founder, stepped down as CEO two years ago, see you. Thanks so much for joining us. The company that you built and that you founded tell us what happened. How is Roderick to retire? We had a twin, a fantastic 9-year run. Now we took this out from about 6:40 shared, almost eighty bucks and so could run could find good time. We were ready to go, had a problem. Obviously, you’re on a conference call and a racial slur was used. Can you tell us what was behind? All of that? Are they turned a little bit into kneeling, but there was nothing said about kneeling. They call you referring to was July 3rd May 22nd. That are due July 12th. Tell me about the NFL and your relationship with the NFL and commissioner Rodger Goodell, and they were having the issue with the Neely and I kind of got a little bit. Let’S fix the problem here: let’s, let’s satisfy the players in the owners, but there was nothing in there about the players kneeling anyway, racial and the wait was twisted and then lack of effort to correct the record. That was the most frustrating thing. So when the ratings are down, some 20 % was behind it. I think he was a little bit frustrated with my comments. He’S not used to being challenged and the NFL is very powerful. Then what happened and of the 17 and we we started, and then diversity, training, session of New York with laundry service and fallen short of it? Is they take the call which is fine all the time, and I got Twisted somebody else. You made a comment that was a racial slur, a racial slurs, there’s never been any use of the word. That’S probably been the most frustrating. That’S not true at all what the call was 52 minutes, another founder and set in and the way he went about using that work, Colonel Sanders called black people then work. I would never call black person the n-word. It’S not the way I was raised. Paraphrasing Colonel Sanders, family, the family came out and said, eat that it’s not true, it was common knowledge. The Colonel Sanders talk like that, but let’s talk about the colonel, can you give us a sense of the culture? Did you feel that you were repeating something that somebody else these kind Papa John’s was voted best place to work in Kentucky 5 years in a row? I would not tolerate that for one second, the board members have been on the board for an average of 10 years Management in 20-25 years, no way that contact would have been a permissable no way and then laundry services Lego, so they were bitter and they attempted To extort money, otherwise they were going to hurt the company and hurt me the owner of Washman Casey Washman, who owns laundry service, basically said. If you don’t pay me millions of dollars on the founder. So that’s when I went oh my gosh. We got a problem: when did you first realize this was going viral? This was going to be a public situation July 12th, and this is the inside story of Papa John’s, but I believe, a laundry service or somebody else miscommunicated in mischaracterize. What was on the tape? In no Arab with it is this word this language, even if you were talking about someone else saying it, do you want the public to understand about you. This whole situation is that the old board and the old executive team of the Richie use the black community used race in the media, Forbes to steal the company in those destroyed the company or her very badly., Was 88 to 40. Two months ago. It’S up to 50, so Jeff Smith and the new board have got to stock up to 50 bucks. What concerns me is Main Street right now, so that needs to be rectified rather quickly. You make this remark on a phone call. Your life changes there’s so many stories about you and this phone call. That’S what I’m saying what people were talking about what’s important to them, going on, I’ve never had a negative comment in public. If my boys, in my franchisees, the small business owners that really wake up everyday and make Papa John’s great people that keep me up at night, jobs scared to lose their jobs and franchisees are in intro. Papa John’s founder and former CEO John Schnatter on his resignation from the company, the company’s past relationship with the NFL, the fallout his use of a racial slur on a conference call and the culture at the company.