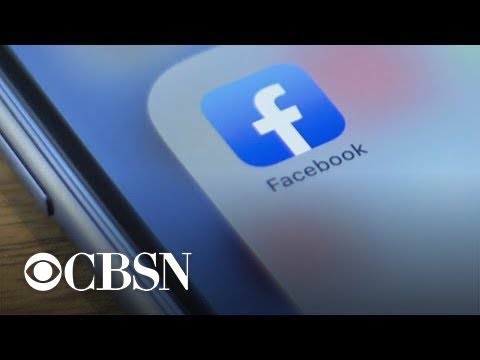 Facebook suspends tens of thousands of apps Facebook suspends tens of thousands of appsPrivacy watch Facebook says it has suspended tens of thousands of apps over personal data concerns. The Social Network says that the move part of an ongoing investigation into app developers, unsealed court documents revealed 60 or potentially stealing personal data and users accounts Facebook, detailed its efforts in a blog post. Writing quote: our goal is to bring problems to light, so we can address them quickly. They had a badass and make sure that the people that people can continue to enjoy engage until experience is on Facebook feels like around. Like we talked about this, our talking about privacy concerns again. Those are a lot of apps, though, and Facebook says there are some apps that they just banned outright. What can you tell us? So let’s put this number in perspective and start again with that 69,000 applications that could have potentially exposed millions of users to external application flags at 69000 number Facebook spokesperson yesterday, they said: look. We didn’t necessarily remove these because they violated a policy, but we did remove a particular 10000 of them because they were engaged or refuse to. They were engaged in suspicious activity and refused to cooperate with our investigation, stealing information right. What are the to make of these suspensions? We know that many of these applications were accessing personal information and ways that caused Facebook to say, hey, wait a minute we want to investigate this further play. Bands are outright. Ten thousand of these applications came from an investigation by the Massachusetts Attorney General Facebook is releasing blog post that appear as though they have taken assertive action here. This is really the product of a revelation of a long investigation that all these are wrongs were going to be corrected. Right I mean, is this an option of Cambridge and it was, I guess, not because the investigation ordered the unveiling of all of these problems. With these apps income from Facebook, yasso again, let’s put this in contact for at least prospective flashback to May of 2018 were Facebook in response to the Cambridge analytica Scandal said: hey: look. We found 200 apps. Our policies were going to get rid of those two hundred inflated August of 2018 that number had inflated to 400 ABS. So, let’s jump forward a year later later now and we have 69000 applications, 10,000 of which were exceptionally suspicious, 400 developers, developers Emery not just applications but developers creating applications that that they were celebrating how they had uncovered. So are the user of Facebook? Is there anything? I can do to protect my information earlier this year. Facebook unveiled a dashboard that should help you, according to them, control your privacy in a little more granular capacity. This comes after the Revelation that at least Mark Zuckerberg announces that fa4 Facebook developer conference in 2018. But let’s be real here, don’t want to disparage Facebook, but there’s a reason. The hashtag deletefacebook routinely Trends and look. I cover privacy and security. I didn’t just deactivate. I deleted Facebook, Instagram and WhatsApp over two years ago out of profound concern about the access. My data access developers might have had to my data, I’m not prescribing, but I think that we’ve seen time and time can fit if you were on Facebook or the social weapon General. Your data is accessible by Third parties in ways that you don’t have agency over Facebook says it has suspended over 69,000 apps over concerns about their use of personal data in the wake of the Cambridge Analytica scandal. CNET senior producer Dan Patterson joined CBSN AM to discuss the latest.