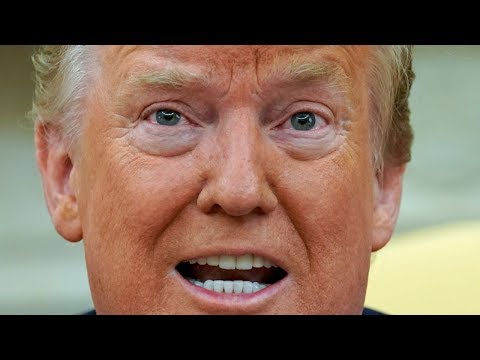 Facebook, Twitter not invited to Trump’s social media summit Facebook, Twitter not invited to Trump’s social media summitUs President Donald Trump is holding a social media Summit today, many are expecting it to be a forum for people to criticize what they view is the White House directions to Big social media groups such as Facebook, Google or Twitter. Instead, the Republican and conservative social media influencers that personalities, extremist views from the Washington Post, so catfish social media Summit is happening without some major social. The executives from Facebook, Twitter, Google, the big Tech platforms that really been in the crosshairs here in Washington and attendance, as he mentioned earlier, though, we will see a lot of conservative leaders. Some far-right internet personalities Anna just earlier this morning and end this afternoon. The president has been tweeting about the event he’s been threatening the tech companies in these tweets and saying that you’re, a big focus of this event is going to be on those allegations. Anti-Conservative bias that he’s repeatedly making. So I think that it’s going to be tough and bruising day for the tech companies that this event websites that he sent this morning, a big subject today at the White House, social media. We will not let them get away with it much longer. So what could the president mean by that challenge found the company’s, but it’s unclear exactly what the White House would see is a remedy for these allegations of anti-conservative bias. I mean right now. The tech companies strongly deny that there is any form of anti-conservative bias on their platform. Any people on the tech industry view these accusations as the White House, not understanding how their algorithms work and they say that these are based on in a one-off incidents and the evidence for this is disputed. And so, but we are seeing as these allegations that the president is repeatedly making both from the White House and on Twitter are really trickling into the policy debate on Capitol Hill, where the two companies are also Under Fire. So whether you know people are talking about written content online on the hill or talking about you, know antitrust action against the tech companies. These accusations of anti-conservative bias, I’ve ever really riled up some of the Republicans like Senator Ted Cruz and and led to them, LED them to call for greater regulation of these platforms are right. Extremist groups are influencers, tell us about them biggest concerns today in my colleague, Tony ROM had a piece earlier this week that, with some of the far-right influencers are expected to attend, for example, on James O’Keefe, who’s, the co-founder of project, Veritas and other commentator. I’Ve been criticized for racist remarks online, there’s concerned that the White House is giving a platform to people who are spreading hate and controversial content online on would have been big a challenge for these two companies in the US, and so I think, there’s some concern here. Among social media experts and observers that, by having event like this today, it could just further fuel on some of those personalities fair for some to suggest that by just having people who have these racist extremist use to have them out of summit tacit approval. Of some of those ID from the White House, I think it’s you know very telling these people are on the guest list for today’s event and obviously the social media, and some of these, some of these people have even been called trolls by mainstream Outlets. Like the New York Times Like These, people really did play a role in stoking support for President Trump ahead of the 2016 election online and so to now give them the splat. I’M still have them standing in the White House in the Rose Garden this afternoon. I think there’s a lot of concern about what that could mean ahead of the 2020 election learning more about ways to maybe for his re-election campaign. I don’t have specific insight into how they put this together, but if you just look at the list and and the names on there, it seems like a lot of these. People are people who have potentially been retweeted by the president at some time or of generated memes in his, and so I think that obviously the White House, like any of the candidates running in 2020, is thinking a lot about their digital strategy and it’s possible. Some of these people could once again play a role in that think. Social media will play in the 2020 election 2008 election. Social media just continue to play a bigger and bigger role in in each of these events, I mean, I think it will be slightly different in 2020, and hopefully people will look at the information that they see on social media with a bit more scepticism after what We learned in 2016 about how social media can be manipulated, foreign actors, but these Trends aren’t changing right. While there may be some differences over time – and you know whether people are getting more news on Instagram, vs Facebook or YouTube versus Twitter – there’s just a general shift away from traditional media to these social media outlets – and you know the president has proven he can be Quite masterful and leveraging them for his gain, and so I think you know that’s not something that’s going to change it all. I had it in into this next election cycle. U.S. President Donald Trump is hosting a social media summit today. However, the White House did not extend invitations to big social media companies such as Facebook, Google or Twitter.