Family runs vertical mushroom farm with the help of hemp 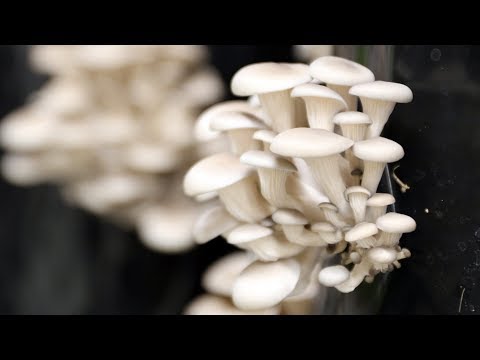 Family runs vertical mushroom farm with the help of hemp Family runs vertical mushroom farm with the help of hempWe are the fungi. Family are Farm, we actually started in 2015 and if they can, we ended up growing some really unique fungi. We had a small Market following and a few restaurants who got to try the small sample pack we gave, and they said this is great. When can I get 10 lb a week? So 2017 is when we decided, I had to stop being a seasonal operation, and there was all in or nothing the very first stage of our operation is looking into the laboratory. This is where essentially were cultivating the seed for arf. Skyfarm starts as simply as a Spore on a petri dish will take a small cutting from those Petri dishes to transfer over to these liquid cultures. Here, once we have a nice, throw colonisation will be sure to have a really nice seed for our mushroom farm. Alright, let’s move on to the next stage of a fungi Farm were using hemp, fiber, really nice Woody material. We could also use a lot of refuse from the hemp industry as well like the shells of the hemp. All the hemp hearts aliens join stores. They do have shell around them, so we take all of the hold shells that have some extra protein and nutrition that we can use to grow mushrooms. All of that material goes inside the mushroom mixing machine, and this is where we mixing up all the mushrooms food play: swingfield 13 identical growing rooms each with the right temperature, the right humidity, the right, airflow creepy, ideal environment to grow these fungi on this one is Fruiting, some beautiful, pink and gold oyster mushrooms. So as soon as these bags are suspended, holes are post immediately. Mushrooms do need to breathe throughout their entire life cycle. Essentially, we are creating an artificial log. So this way we have frightful fiber recycled grain and this one unit each and every one of these bags is one mushroom one creature that can grow and produce many fruiting bodies. Each of the little sets of baby mushrooms can look quite different. They start separate getting rid of grow and all these individual petals are just going to a kind of cluster and fused together to make one beautiful bouquet. We are. The very first form of Our Kind in Canada has mushrooms at such a large-scale all hair long The Gruger family runs a specialty mushroom business in Nisku, Alta., cultivating oyster mushrooms vertically using artificial logs made of a hemp byproduct. Co-owner Rachel Gruger takes you inside the fungi farm to explain the benefits of growing vertically.