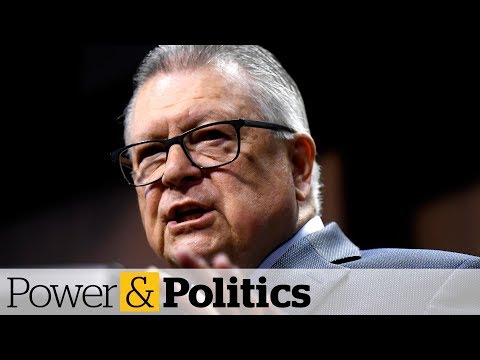 Far-right extremist groups added to Canada’s list of outlawed terror organizations Far-right extremist groups added to Canada’s list of outlawed terror organizationsThe federal government announced today it is adding two right-wing extremist groups to its list of outlawed terrorist organizations. This marks the first time that such groups have been added to that list and honor founded in Britain in 1987, found it in 1991. The number 18 refers to the letters H & H, the initials of Adolf Hitler bracks of violence, including bombings. These groups have existed for decades, minister of Public Safety. He joins me from Regina and then it’s good to see you again activities. They been involved in the murders, the bombing, but what about in Canada? What do we know of these groups presents and activities here? You have obviously attracted the attention of the RCMP and the the Canadian Security intelligence service, and they have determined that the behavior of these two organizations meets. The threshold is contained in the in the criminal code, section 83, which lays out the criteria for listing the the RCMP and csis presented the detailed file to to the government. On the basis of that information, we have concluded absolutely that they’d fit that criteria of having participated in Terrorist activity. The criminal code is what unlocks the ability to pursue those potential offenses now that they are listed as terrorist organizations under the criminal code. A whole range of terrorist related activities become potentially chargeable, presuming that the that the evidence is is available, but it also restricts their financing. It restricts their into relationship with other groups and organizations. Membership enlisted organization is not in and of itself alone, a chargeable offence. Under the criminal code, but a range of activities in pursuit of terrorism could be, and now that they are listed, the procedures available to the police and security agencies are more expensive than they would otherwise be. We are now 2019. What is changed level of concern being expressed? Spicy sis, another security agencies – are the director of csis over the last number of months has given several public speeches where he has talked about this issue. I have done the same. Obviously, signaling on on the part of the government that we we have a growing concern about Ultra right-wing organizations, neo-nazis white supremacist, the the kind of a group or organization that that led to, for example, the the shooting the Moscone Center. You see activities in other parts of the of the world in San Diego, for example, in Sri Lanka, obviously in Pittsburgh and in Christchurch of where religious, please work., We’re attacked all with this similar kind of right-wing that mentality and not long ago in Toronto. The van attack along Young Street obviously related to misogynist, behavior and and rooted in the same kind of mentality, so the problem has been growing, the consequences have been growing and the the police and security agencies have now moved to indicate to organizations that clearly have crossed The line and they will be alert to others. It has the perception shift because organized that they were fractured or they were. These were sort of. The the actions of individuals was a reluctance to make them analogous to the threats posed by Islamic extremist groups. The definition of the threat is, is Broad and inclusive, and not just including those particular groups or ideologies that would have been traditionally within that definition, but any threat of of terrorism or violent extremism to Canadians to the security of the country to the to the public Safety of individual citizens are all of that is, that is treated very very seriously said. We have seen very serious consequences in the United States, in New Zealand in South Asia and and here in Canada, with at least two very recent illustrations in the Young Street attack and in the it is one thing to do: to identify a threat. To add these two groups to the list, then the question becomes what are next steps and there are some who are wondering in terms of whether they’ll be new resources allocated to do monitoring to investigating from within the National Security Community, not just policing anymore. Will there be, or do you have, a commitment to making additional resources available or that the police were csis or other agencies have the resources that are necessary every two years? The government goes through the the exercise of reassessing our national security priorities, determine where, where the focus needs to be where the greatest risk is where the threats May lie, that’s a that’s a process that is based upon the very best experience and and intelligence, and once Those price these are established by the government of Canada, then the the security agencies in the police forces are obliged to put their resources in proportionate amounts to where the priorities that have been established. Time is always thank you. Thank you for another video thanks for watching The federal government has added two international neo-Nazi groups to Canada’s list of outlawed terrorist organizations as part of a series of new measures to combat online hate.
To read more: http://cbc.ca/1.5190685