Father of B.C. homicide suspect opens up about his son 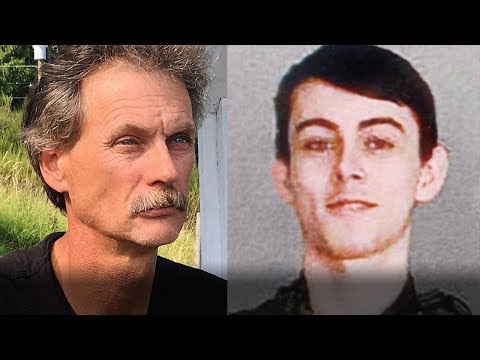 Father of B.C. homicide suspect opens up about his son Father of B.C. homicide suspect opens up about his sonWe actually want to begin with the father of one of the BC teenagers, who were the subject of an intense Manhunt that bother is now opening up in an emotional interview, Alan smigielski, the father of a murder, suspect, says he does not know whether not his son Is guilty until I get some? He want me to sit here and tell you that my son positively murdered your because I won’t because I can’t. I was Allen’s magalski, the father of murder suspect Breyers Miguel ski. It was an exclusive interview with the Australian version of 60 minutes now his son, who is presumed dead, was one of two adjective in a dramatic Manhunt in northern BC. Alberta and Manitoba police say they believe his son’s body was one of two found near the Fraser River last week and the other May belong to his friend Kevin MacLeod. Now official autopsies are still two, but they are believed to be the killers of 3 people in northern BC and American woman or Australian boyfriend and a university botanist about let’s go to Winnipeg right now to see if this is Austin. Bravas joins us with more about this interview about what Brian Rashmi Kelsey’s father is saying. Now will Michael, you really get a sense in the interview of a few things, one and just how much she’s struggling to Grapple with the news with his son, I police, believe, is responsible with his friend I can. The cloud for 3 killings in DC Bounty was separated from Breyers non. It sounds like that’s, certainly had an impact on his life. One thing the Australian reporter I’m really pressed him on was this airsoft gun and Briars. Dad bought him this and she says to encourage them to kind of get out of the house. We don’t use very into video games and I’m not going to say you know it’s my fault after TV did after you, two did after video games. Did you can’t watch Bugs Bunny and not see Elmer Fudd with a shotgun? She can’t blame Airsoft. I never gave him a real gun. Okay find never gave him a gun that would kill someone, so you can see Christian clip their. You know he’s on the defensive. A little bit in this interview, you know he he says you know, this is just an airsoft gun and it certainly wasn’t meant to you don’t plan to see that kind of thing. Are we hearing anything from them after this interview aired? We are. We have actually heard from China desus sister I trying to deceive course. The American woman who was found dead with her boyfriend Skylar NVC reaction was quite Swift. Actually to this interview. You know the Australian states have been promoting it for her for some time and Kennedy was quite upset. We said your Sorel is for yourself. You cannot relate to us, as we had no doings in the cause of your pain when you played a part in the cause of our pay. She says the proper public response would have been a genuine apology, but we still forgive you and have mercy now. The one thing we are still waiting for an very patiently now is the results of those two autopsies on Friars kacalski and can the cloud – and we still don’t know how these two men died and that’s something that were me too. I get an answer to at you in the coming days. Alan Schmegelsky, father of Bryer Schmegelsky, told 60 Minutes Australia that he’s grieving and in disbelief about the accusations against his son.