FEMA official: Americans should be prepared for the risks 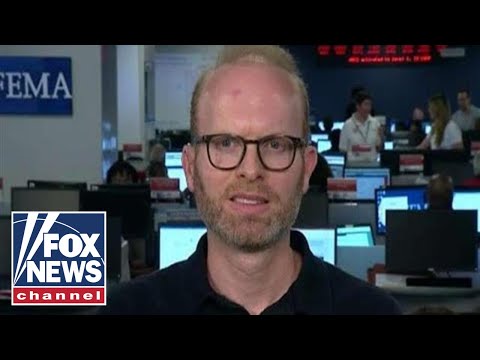 FEMA official: Americans should be prepared for the risks FEMA official: Americans should be prepared for the risksHurricane Dorian still on the Move, will be a little bit slower than inches ever closer to the southeast United States. We bring in FEMA’s Deputy Administrator for resilience, Daniel kaniewski good to see you, sir appreciate it is this track keeps changing, is a presented, unique challenge for you guys flood zone down in the South Pole, and now it looks like I may make landfall up in Georgia Or South Carolina, but thank you for having me and yes, we are shifting resources shifts. So as this moves forward to moving our resources the coast, but I’ll tell you, the biggest challenge is making sure that Americans are remaining Vigilant. We need Floridians to remain Vigilant. Now we need Georgia, South Carolina North Carolina, the residents of those States also to be looking at preparedness actions danger zone. Americans don’t remain earnings before. Maybe it’s really no for this hurricane or future hurricanes is best practice. So make sure you got your food in your Watering, your medicine, but also make sure you’re financially prepared. This would be a good opportunity for everyone in America is especially those in these potential impact areas. Put some cash on hand. You make sure you have cash, you can use an emergency, make sure you have the proper insurance coverage, it’s homeowners or renters insurance, as well as flood insurance, which is not covered by your homeowner’s policy. Pole, loading up with water and generators in propane tanks in excetera of days before the storm that everything’s running low, there’s no gas, Walmart grocery store to be able to resupply. How is that timeline working? Are you guys meeting mean able to shrink that timeframe? The people are out of supplies will certainly we are monitoring that just as a lot of people are, the states obviously are monitoring the supplies that they’re saying in their supply chains and the private sector. We don’t control. Those mistake doesn’t control this, but it’s important for us to be aware of that to see where we can potentially Provide support. So in Florida, that’s with you, but as again as this goes up the East Coast, I would hope that those people in Georgia, South Carolina North Carolina, are going and getting those supplies are filling up their cars with fuel. So we don’t see these rushes appreciated. Sure you got a long couple of weeks ahead of you coming up here with whatever Dorian does we appreciate you taking some time Resilience deputy administrator Daniel Kaniewski says making sure you are financial prepared for a hurricane is important.