Fife breaks down new revelations in the SNC-Lavalin scandal 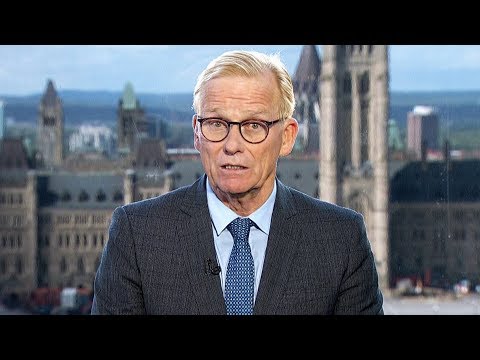 Fife breaks down new revelations in the SNC-Lavalin scandal Fife breaks down new revelations in the SNC-Lavalin scandalCourse of the discussion on SST today was in reaction to news this morning that an RCMP investigation has been hindered by the federal government. The article was published in the Globe and Mail and for more I want to bring the journalist who broke original acid, also co-authored. Today’S update Ottawa bureau chief for the Globe and Mail reasoning for why the RCMP have been stymied and their investigation. He says it’s up to the clerk of the privy Council, Primal Deputy minister to the Prime Minister. He takes his marching orders from the Prime Minister. Not not the other way around and the prime minister is the head of cabinet, not the clerk, and so the prime minister is the who can wave cap at confidences if he so chooses to do so, and his decision to try to say all this is the Decision made by the clerk of the privy council is simply one that doesn’t hold up to scrutiny, and the issue here is leaving the politics aside. This is a serious issue. Where are you have the RCMP wanting to investigate potential obstruction of justice? Balding, the Prime Minister and his top officials in trying to interfere in a criminal prosecution of snc-lavalin, which is a large Quebec engineering company. You know this is not something that should be simply brush to psi, as we found out from the ethics commissioner, nine Witnesses wanted to come forward because they said they had relevant information on this snc-lavalin tissue and they were prevented from doing so, because the government would Wave cabinet confidentiality in that particular case, the mister Trudeau against it all this was the clerk’s responsibility. He had nothing to do with it. Well, of course, that’s not that’s not true, because the bookstore, what’s the Prime Minister, he is, he is the guy who’s. The head of sits at the head of the cabinet table, not the clerk, and so I don’t know whether how big of an issue this is going to be in the election campaign. But for Canadians who are concerned about political in social process and effort by what appears to be the government’s unwillingness to allow the RCMP to conduct a thorough investigation should be cause for concern have to compel these Witnesses, though nothing they can’t do a thing cabinets. Confidentiality is entrenched in this country. It’S also part of the law of the land. The RCMP can compel anybody to to breach the confidentiality Provisions bacon. They can speak to any witness that they want, but if they are, those people are covered by cabinet confidentiality. The RCMP cannot force them to do so to Trudeau’s point, though those cabinet confidence has to be breech. Does that not set up a slippery slope in the future I mean, would we see it? A conservative allow for a breach of cabinet confidence in this. In the past, for example, in 1987, for example, Brian Mulroney wave cap investigation into one of his former ministers for a land swap deal this same thing. Cabinet confidentiality was waived in the criminal case that was looking into a former liberal cabinet name. John Monroe, back in the mid-1980s and the most significant one was the glamourie inquiry into sponsorship Scandal. Oh, when Mr Prime Minister Paul Martin gave the most extensive waiver in Canadian history and which they turned over all documents and allowed all officials to be able to testify before they Gomery inquiry and just recently the prime former Prime Minister, Stephen Harper, a wave cap, ballerina Mcduffie case, as well as waiting cabin confidentiality for any documents that were part of a hist government and dealing with the vice-admiral mark Norman’s prosecution body of presidents of governments willingly handing over government I’m alone here on this fascinating for the Globe and Mail about 5. Always good to have you on. Thank you. The Globe and Mail’s Robert Fife has the latest on the SNC-Lavalin scandal and discusses Prime Minister Trudeau’s comments.