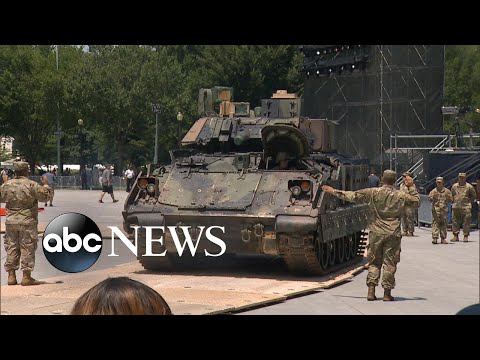 Final preparations for Trump’s salute to America Final preparations for Trump’s salute to AmericaFinal preparations are underway for President Trump salute to America. Event at the Lincoln Memorial as he faces growing questions about the cost and who will fill the seats to Stephanie Ramos is on the parade route in Washington with more on that story wet good morning last minute, preparations underway right here on the National Mall for President Trump personal Fourth of July celebrations, the president calling it the show of a lifetime from military bands to the Blue Angels Fighter Jet Center, my over the mall here and the Bradley Fighting gyms Fourth of July, traditional festivities, which will take play opponent to say he’s. Turning a tradition, The president’s Fourth of July event at the Lincoln Memorial will include the Blue Angels fighter jets