Flashback: Sharpiegate Is Not The First Time Trump Made False Weather Claims | The 11th Hour | MSNBC 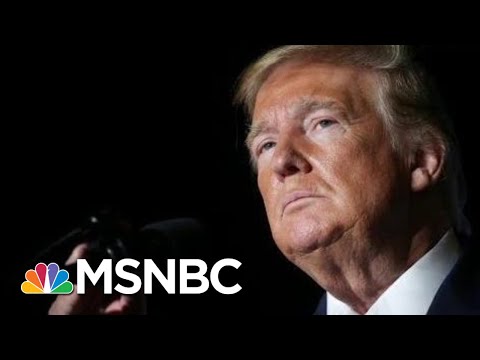 Flashback: Sharpiegate Is Not The First Time Trump Made False Weather Claims | The 11th Hour | MSNBC Flashback: Sharpiegate Is Not The First Time Trump Made False Weather Claims | The 11th Hour | MSNBCTim, a good number of people, a lot of them. Admittedly, in newsrooms, heard the Bolton news this morning and thought what else is going on that we’re going to miss while covering this Susan Glasser, the New Yorker tweeted tonight? Does anybody remember Sharpie gate? We do just days ago the president tried to change the weather forecast and thinking about his first full day in office. When this president in tried to change the weather. Let’S remember together, it was raining. The rain should have scared him away, but God Ono first-line. I hit got hit by a couple of drops and I said offices. This is too bad, but but the truth is that it stopped immediately poured right after I left Tim O’Brien in the guy’s life story. What have we learned? What we have learned reality bubble that he’s willing and constantly denying that everything is right in front of him and the reason he does it is in part because of the remorseless, and he doesn’t really have a conscience about telling life or what’s going on, doesn’t routinely. I think it’s catching up to him. Now, however, are facts and data. The difference between inauguration day and people happening out. The National Weather Service is over the last two years, he’s gotten his hands on to the wheels with federal government, and he is now bringing other people along with an end of this game and it’s unfortunate, and I think it should concern them of any political stripe. Because what team, what is trying to corrupt here is his data and facts. The National Weather Service came out this absurd Sharpie gate debate ensued, we’re in the 9th day of it at this point and Trump pushed it so far to get the head of Noah to come out on his behalf and say, the National Weather Service was wrong. Mr. president, you even the data and the fact show that not to be true and then actually ties together. A lot of the events of the last week. I didn’t have his Christmas party, the Trump White House. Institutional players are essentially kowtowing to the president, either by not observing a fact pattern or paying him the sort of patronage in order to, and that’s not the way good government is meant to run into me. That’S not even a partisan or radiological issue. We should run a government by the fact you have a president was not only ignoring the fact he’s trying to deceive the public and Michael still, let’s back the bus right and go over it again, perhaps lost in the argument over crowd. Size is the fact that his first day in office, the presidents during his inauguration, bring crowded during the course of the inauguration speech. Nothing was time, shifted forward or back remarkable to look back on Marco Rubio and Priceless moments of like yeah. It’S kind of raining out here, but again I think Tim’s that belated out there the absolute correct way it’s counterfactual, it is a narrative that is, is Created from the very first day on that I’m looking at the nation that he started this reality television presidency and Every day, there’s a new episode and within those episodes there are episodes at times and so and if, if truth and numbers, facts and information comes out that contrary to that, he is going to consistently and insistently. I say that this is the truth. As I see it, and then you get the sycophant they’re job and pleasing Donald Trump more than they do serving the American people will come out and say what they say and host parties at his hotel and then claim that oh yeah, we always land the planes. 2000 miles out of the way we always take the presidential for the vice presidential party and plant them 130 miles away from the event, because that’s that’s more cost-effective, I mean it just doesn’t make any sense, but in his world it does hey there. I’M Chris Hayes from MSNBC thanks for watching MSNBC on YouTube. If you want to keep up-to-date with the videos were putting out you. Can click subscribe just below me or click over on this list and see lots of other great videos? We look back to Trump’s very first full day in office as president to the first time he tried to change the weather and discuss with Tim O’Brien and Michael Steele.
» Subscribe to MSNBC: http://on.msnbc.com/SubscribeTomsnbc

Flashback: Sharpiegate Is Not The First Time Trump Made False Weather Claims | The 11th Hour | MSNBC