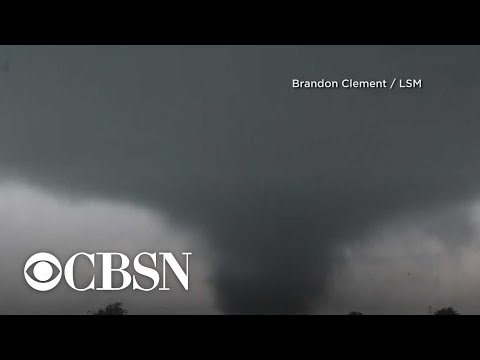 Flooding caused by Imelda prompts hundreds of water rescues Flooding caused by Imelda prompts hundreds of water rescuesHi everyone, I’m Anne-Marie, Green Houghton, tornado warnings and flash flood watches are in effect for parts of Eastern Texas and Western Louisiana through today, Imelda is expected to produce an additional five to 10 inches of rainfall in Southeast Texas by tomorrow, town taxes. With more so may. I tell us what you’re saying right now in Baytown is a flooding right now we know Imelda is hitting them pretty hard. What we are seeing right now is Major thunderstorms in the area, a lot of lightning a lot of Thunder a lot of strong high winds, and they come in like 15 minute interval, we’re also seen obviously I-10 behind me. There are not a lot of cars on the road right now. A lot of people stay home and staying out of this weather, so Maria. What can you tell us about the evacuations in the area, then, in areas that are just about 60 miles? East of us? A Winnie, and also in Beaumont that there have been hundreds of evacuation. A lot of people thought that this storm was kind of going to dissolve overnight, but instead it kind of stronger and then it just sat in this area. Continuing to hammer these the Beaumont win area, so we know that there have been at least 250 high water rescues in Beaumont alone. At /, 270 calls evacuations jumped in that one city. What First Responders are telling him to do? A lot of people like I said, we’re taking a little bit off guard because they expected the storm too kind of pass on through heading to Louisiana. So a lot of people are at home right now. I think we’re seeing is very cautious of to how how they evacuate or don’t evacuate a lot of First Responders are telling people if you’re at home and you’re safe right now stay where you are. If you feel like your life is in danger, then call us on 911 and continue to call until you get us and may take us away get there, but we will eventually make our way to your home.. I will say: Gladden Emery, listening to a lot of the local meteorologist that we are working with here on the ground. A lot of people are saying that this does remind them very much so of hurricane Harvey, because this storm right now, it’s not moving very fast. It is literally sitting right where we are at continuing to hammer the area, so we will continue to see floods all through the afternoon and into the evening well into probably the weekend. Are you reporting? Thank you very much. Flooding brought on by Tropical Depression Imelda is prompting hundreds of water rescues and evacuations in parts of Texas and Louisiana, and more rainfall is expected throughout the week. CBS News correspondent Mireya Villarreal joined CBSN from Baytown, Texas, with more.