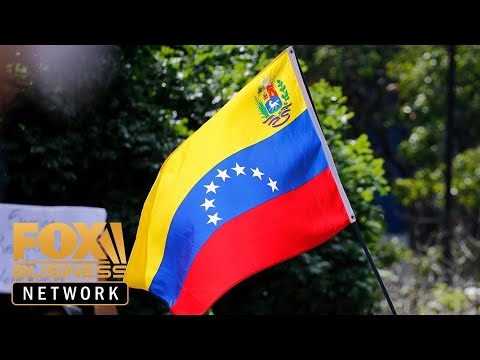 Former socialist details the horrors of Venezuela’s downfall Former socialist details the horrors of Venezuela’s downfallOur next guest embrace the utopian myth, and then he saw the misery of socialism firsthand and Venezuela offer the book home from the Dark Side of Utopia. Clifton Ross joins me now Clifton Center joining us thanks for having me what was it play that Drew you to Venezuelan? Would that make you so sure that the socialism system was the ideal system? I think the pitfalls of capitalism, the problem, the fact that so many people were left out of the equation left behind by liberal capitalist governments and the markets and poverty and that wasn’t being addressed. Rich people problems. The poorest Americans live so much better than than some. Then people is overwhelming majority of countries and you wonder why did you see this firsthand where you it was just a combination of things. You read, you know what gave you the sort of notion that America was just this great unfair Nation. Will I lived in Oklahoma for a number of years and I have family there and I know what they’re going through now and the what the whole west of our country is going through. So much of it is abandoned, so many of the small towns are empty. So many of the places like Detroit and Gary Indiana are have been hollowed out by globalization. There really positive aspects of globalization, but there’s also poverty. Venezuela was also a very wealthy country. In the 1970s Venezuela was called sauti. Venezuela, it was. It was the lifestyle of most people, Italy, so Venezuela was doing very well too, but it’s goes through it’s a petrol station. It goes through ups and downs with the oil booms. I lived in Venezuela in 2005 and 6 and I was back there when Maduro came to power in 2013. I supported that project because I believe that they were going to do something different. I’Ve been a socialist from the 1980s when I study liberation theology and went to Saint Denis at the sandinistas, Nicaragua and live there briefly and I’ve been a socialist, went back in 2013 and saw what was going on there under Maduro and figures, for I realized that Was the problem and not the solution, Federal extended policies that has implemented and they were oil-rich and all goes up and down? There’S no doubt about that, but they’re. Also, these huge mistakes in Chavez made when he kicked at Western and in a company’s when he pushed back against in out there to help and expertise that they needed to keep that country funding. Was there a specific issue, know something that you saw when you returned that sort of was a lightbulb. I said: okay, you know what let me start rethink this when I began to understand that what what I was seeing in Venezuela was in fact a form of populism. It was socialist populism and up against studying populism in realize gradually that populism was really the problem. All around the world we’re seeing this happen all over everywhere were seen getting hungry with orb on we’re, seeing it in Turkey, with erdogan Rossini the United States with Donald Trump wear. We have personal is politics into replacing rule of law where we have leaders who were attacking their opponents as if they were demonic. She talked about niblett Wes, doing better right now than they have in it for a whole long time. Clip that I wanted to. Thank you for coming on. We really appreciate it and will talk to you again real soon. Author Clifton Ross on how socialism destroyed Venezuela.