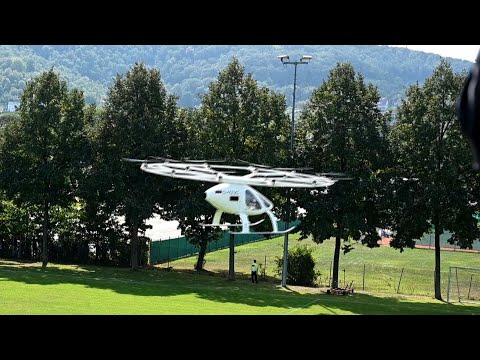 German “flying taxi” VoloCity takes off in Stuttgart | AFP German “flying taxi” VoloCity takes off in Stuttgart | AFPSmall firms, including German contenders like Volocopter, are in a race with established aircraft manufacturers like Airbus and billion-dollar tech giants like Uber to produce the first air taxis. An array of 18 helicopter-style rotors powered by batteries heave the “VoloCity” into the sky, with the company saying it can carry two passengers with hand luggage up to 35 kilometres (22 miles), at speeds of up to 110 kilometres per hour. In Stuttgart, a new version of the “flying taxi” took off for a public test flight. IMAGES of the test flight