GOP donor who invited AOC to capitalism event explains why 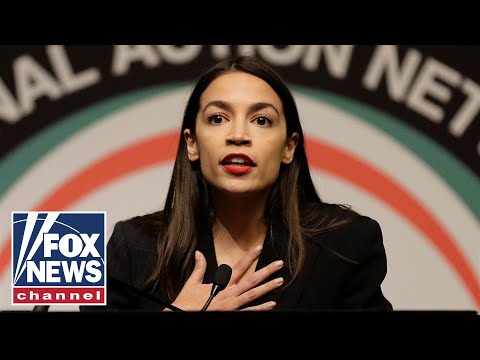 GOP donor who invited AOC to capitalism event explains why GOP donor who invited AOC to capitalism event explains whyIf a Democrat runs who resembles Bernie Sanders, who says he’s a democratic socialists, Donald Trump is going to get reelected last night, saying Democratic Socialist don’t have a shot at winning against President Trump. In 2020 we did reach out the congresswoman Ocasio Cortez for comment. We have not yet heard back. Gop donor Foster Freeze joins me now Foster. What was the idea behind this invitation? What was your thought process for this remarkable young woman she’s someone who’s going to be around for awhile if she could see how so many of Americans came from absolute poverty and humbleness, we have not, and if she’s listing we’re going to save her ass eaten. So she comes in the last minute: she’ll have a place at the table that hear the great presentation he might get a better have a much better chance of getting a response. Take my word for it, certification of America, because you are the your Rags. Ultra-Rich is kind of guy. Aren’T you truly have been blessed counting air, and so I just. We can’t believe how how God has blessed us and Living in America – and we started out with $ 800 of Acumen to leave, is just stunning and we’re so grateful Bottom Rung of our economic skills to have scholarships. I have a lot of friends who provide scholarships to Creekmore plumbers and electricians, so I think that’s the way we deal with income inequality by helping those lower-income the wave of your fellow billionaires who are coming out and saying the kind of dissing capitalism. This week we heard from Jamie dimon who talked about America’s flaws in last night, Ray dalio put out another suggestion lead to revolt in this country. Well, I think they’re still young, you know open up a fast food stores. Hey. I can do this. He starts one store, so he has 20 and then suddenly had it goes public and he’s he’s created income inequality. Does it take those on the bottom and those of us who are wealthy to create the opportunities for that ladder up that we enjoyed from other people? I love what you just said: they’re, because very few people would say that you need and come in a quality. But what about the ladder to success.? I think some folks are saying what’s broken by. I don’t see that we have tonight 206 young students who excelled in high school and are getting these 20,000 $ 25,000 Scholarships in Horatio Alger, which have come unbelievable adversity in the class getting straight A’s in. If you meet these hundreds of the students, there’s hundreds 6. You got to be so excited about what America’s future is and how these people will be on a ladder up very quickly. Get this message out to a broader audience, Foster, get to know Charles Payne well and hope we have to use a social media. All these terms, he got to think about it carefully. Income inequality is what results for the American dream, and so the way we deal with it is by helping those on the poor run. So you are Michelle’s up. Foster Friess says he would like New York Democrat Rep. Alexandria Ocasio-Cortez to see the many success stories of those who came from poverty. #YourWorld #FoxNews