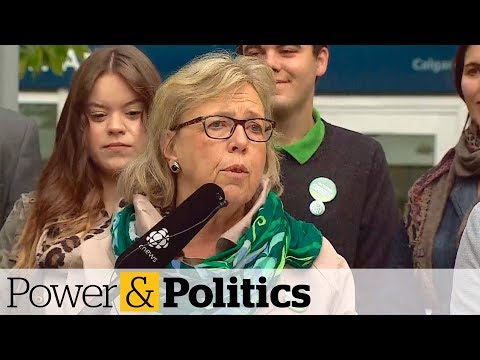 Gun control, transit, blackface fallout | Campaign Roundup Day 10 Gun control, transit, blackface fallout | Campaign Roundup Day 10We don’t have enough equipment to meet the growing demand for potentially life-saving test that announcement in St John New Brunswick before heading to Annapolis, Royal Nova, Scotia Eve ending the day in Fort Williams, Nova, Scotia Sheard. It has more for us behave as she Andrew Scheer says. He’S not aware of any more compromising material. His party has on Justin Trudeau. The conservative leader was asked if there’s more video or photos after the party Lisa black face clip of the liberal leader to Global News. He use the opportunity to attack Trudeau, saying his apology. Is not acceptable, accusing him of having one set of rules for himself while holding others to a higher standard. She was asked, though, if he two applies a different set of rules to himself because he’s making his candidates apologize for past offensive comments. Yet he’s standing by his pointed 2005 speech arguing against same-sex marriage and instead he relied that when he was asked about how many times he did, it me to dress them head-on and end in doing that. He he lied about how many times it happens. The country has moved on from the same-sex marriage debate and so is heat. The message here wanted to focus on today is his policy announcement that elected you, invest 1.5 billion dollars in new MRI and CT machines in an effort to reduce patient wait time. He would need to get the province’s on board with that and while new health-care money is always welcomed, negotiating provinces to make sure they use it for the intended purpose can sometimes get complicated. Bashi thanks Katie the city’s Katie Simpson has been traveling with the conservatives. This past week, after the photos and video of Justin Trudeau in blackface surface attempted today to get the campaign back on track with a pledge to crack down on gun crime in Canada. Trudeau was in Toronto in the Danforth riding where there was a deadly shooting. Of course, last July, the liberal leader, though, is still being dogged by questions about blackface images of this week. You SLI, I deeply hurt racialized Canadiens and I am deeply sorry for that Avenue. Following his announcement, many people stopped to speak with Trudeau and, at one point a passerby showed it where’s. Your blackface NDP leader, took me singing while continues to call out Trudeau over those images, images of the Prime Minister or reality Porter’s Trudeau’s team has reached out to his team. The CDC town of Thibodaux has more on that. It would start next. However, questions about Justin, Trudeau, wearing black and brown face continue. However, sing has been very careful to avoid the politics of this, even in the midst of an election campaign, racist or not, isn’t important thing here. Important thing is that what is its impact? On a vast majority of people as a racial as Canadian as I have been apologizing to Canadians who have suffered discrimination and and intolerance, their entire lives in ways that some of us, like me, have never had to experience on a daily basis. Conversation that I had with Mr Shoes in his exoneration would be used as a way for him to say. I’Ve had a conversation with a racialized leader, and now I’ve done my job. That’S up the Canadians to answer whether they’re satisfied. The kitties and say whether they’re happy with his responses Thibodaux, who has been traveling with the NDP this past week. Does the green party would ban the types of vehicles most people drive by 2030 internal combustion engine passenger vehicles should also make all public transit in Canada zero-emission by 2040. The green party leader made that announcement in Calvary the heart of Canada, oil industry speaking to reporters, may also address those black-faced images of Justin Trudeau’s cbc’s Carolyn Dunn has more Trudeau should resign in light of his black face controversy, she said well, but she did take Special pains to note the difference between how a liberal candidate would be treated under the same Sun and how the liberal leader is fairing. She called a double standard, then just a couple of hours. After that, we learned that one of the maze own candidates from Newfoundland break Malone in which blackface was employed. So we went back to her. We asked her if she knew, and we asked her if that disqualified him as a candidate Greg made that immediately, given that his career is as a satirist, a comic actor and a public figure in which the X, the use of this, which was never something. I would recommend, but it was in a context that involves being broadcast not hitting Greg’s work. Historic and some of what appeared CVC at the time is something CBC would not broadcast today and Greg feels that way very strongly. Visa V, liberal leader, Justin Trudeau and her own candidate Greg Malone. Elizabeth may also took part Andy Global climates drag right here in the heart of corporate oil and gas country. Thanks Carolina is Carolyn done for us with the green party in Calgary, capello’s host of Power & politics, see more of our show by subscribing to the CBC news channels or click the link for another video Liberal Leader Justin Trudeau promised new gun reforms on the campaign trail, while continuing to apologize for wearing blackface. Conservative Leader Andrew Scheer faced questions about whether he should apologize, NDP Leader Jagmeet Singh discussed his plan for pharmacare and Green Party Leader Elizabeth May brought her campaign to Calgary on Day 10 of the election.
To read more: http://cbc.ca/1.5290864