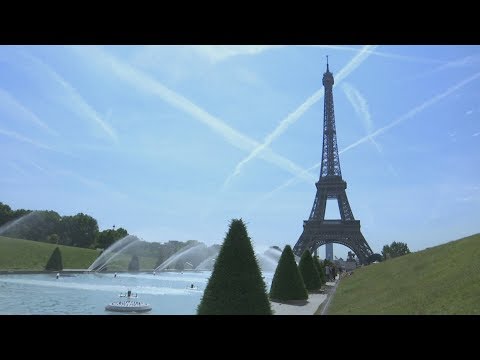 Heat wave grips parts of Europe Heat wave grips parts of EuropeParis is doing what it can to cool off from sweltering temperature is the heat wave is gripping parts of Western and Central Europe and its expected to continue through the week. Authorities are urging people to stay indoors and keep hydrated and Thomas degla is following the story from London. He joins us now good morning, so what areas are bound to be hardest hit this week, casters are watching. Is Northern Europe, where they’re not so accustomed to the extreme heat as they are down south stay in Spain or Greece in France? Presidents and I’m doing my toe has warned people that those especially at risk are sick people, pregnant women, baby and the elderly. France has relatively recent memories of the disastrous 2003 Heatwave officials weren’t prepared then, and ultimately, the heat was blamed for a staggering 15,000 deaths. Germany could see 40 degrees for the first time on record in June as its Anza, the June record, with set 72 years ago, when the temperature hits at 38.2 degrees that even Scandinavian imagine in Denmark, free V with the humidity, and I mentioned Spain, their tooth very Hots always swell during this time of year this week with the humidity, it could feel like 47 at 1 that meteorologists simply tweeted El infierno is coming part of my life in Spanish skills. With that means, he’ll is coming. Aren’T they with a deadly 2003 heat wave on the minds of many in France, officials are opening air condition. Cooling centers they’ve been postponed National School exams which were due to be held this week. Kids, France be happy to hear that charity workers are patrolling the streets to give water to a homeless people who needed that. There’S also the issue of the Women’s World Cup by which is going on right now in France, Corso soccer’s governing body, FIFA could consider implementing cheap precautions. They include stopping matches for cooling brakes or simply postponing other games if it gets too hot. I should mention none of those extra precautions really needed here in London this week. Right now, 22 degrees cloudy and a few scattered show that’s par for the course here. Temperatures in some parts of western and central Europe could exceed 40 C through the week. Authorities are urging people to stay indoors and stay hydrated.