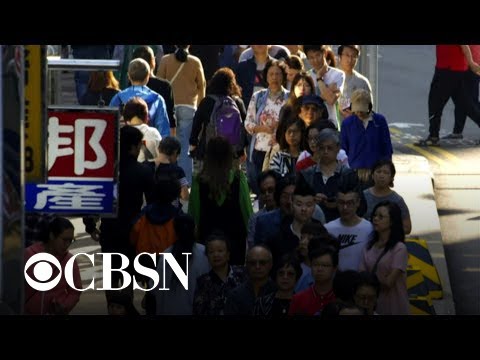 Hong Kong voters rebuke Beijing on election day with pro-democracy landslide Hong Kong voters rebuke Beijing on election day with pro-democracy landslideHong Kong, where voters turned out in droves yesterday to deliver a victory for the pro-democracy movements. The district elections are being called a rebuke of beijing’s policies: 17 out of 18 District Council Darnell control, pro-democracy politicians, voter turnout was also unusually high. At 71 % of people waited hours to cast their ballots in a show of solidarity. After months of protests and violence in the streets, our rainy in a sentence is in Hong Kong Sandy, but these election results be interpreted basically depending on which side you’re on massive celebration on the pro-democracy side bear and even public apology. If you were on the pro-establishment or the pro-beijing side when it comes to chief executive, Terry lamp, interesting Lee, actually thanks everyone for coming out of that is, despite our government really getting rash. In these election, 2.9 % of the electorate also came out and basically gave up Regina Andrews, a very well-known pro-beijing and pro-establishment legislator. She was walking around the central business district right behind me earlier today, and she was actually heckled by people and she was just walking around. She actually had to be police safety so that she wouldn’t even get heckled further. But if you’re on the Democratic side last night, there were tears in the streets and seeing ensuring you can hear it from Far Far Away down the block sit with people, cheering us some people, even pop champagne, bottles they’re. So looking at what has happened to pick up the pieces trying to figure out where to go for, but this has been a very, very huge rebuke to the government here and, of course, the Beijing and the Communist party, which backs it understanding by insert a full Riot gear in Hong Kong, you sure that’s a good question.. Let me try to relate this example. Think of these people who are elected is something on maybe like a county-level kind of Representatives, take a look at what’s happening at the most very local noise ordinances or picking up the trash in your area. The neighborhood. These are the lowest of the low kind of Elections, I could happen here and they don’t have a lot of bearing all the way at the top. With that said, the fact that there was this man landslides. This is a rebuke in terms of sentiment and in terms of mood, and there is some, I have to say some power to try to guide policy moving forward with the legislators here. That’S none of us as a legacy Council in the fact that they were just Landslide. These people get about 10 % of the voting power to choose the chief executive of Hong Kong, that is Carrie Lam right now, but the fact that they do have 10 %. I’M kind of power, but again I stress it’s not that much, because it is still a huge minority Ramey. Thank you so much Voters in Hong Kong turned out in droves Sunday to deliver a victory for the pro-democracy movement. The district elections are widely seen as a rebuke of Beijing’s policies after months of protests and violence in the streets. CBS News correspondent Ramy Inocencio joins CBSN from Hong Kong with the latest.