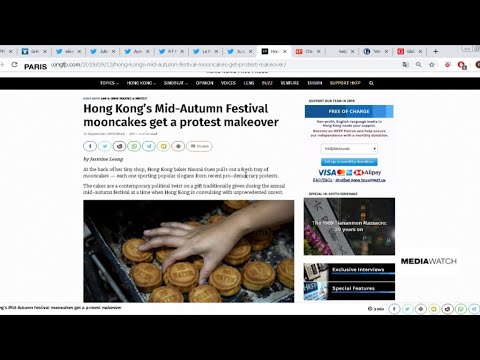 Hong Kong’s Carrie Lam decided to visit an elderly home to hand out traditional moon cakes to residents for the mid-autumn festival. She did so with a significant police presence. Elsewhere, some mooncakes were on sale with the words “Be Water” printed on them, a reference to local Kung Fu legend Bruce Lee and his philosophy of being unpredictable – an approach HK’s protest movement has made its own. Also, French government spokeswoman Sibeth Ndiaye sparks a twitter storm with a gaffe. Join us.