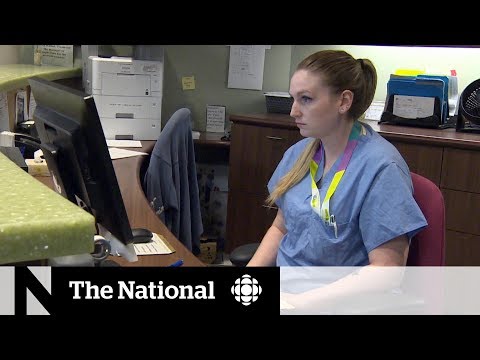 Hospitals hit with cyberattack Hospitals hit with cyberattackIt happened last week: Packers infiltrated this Toronto hospitals, computer systems with an ominous warning. Your business is at serious risk. A malicious software called access to all information, including Healthcare records and patients. Charts Michael garron Hospital went into what’s called a code gray 5250 servers proactively. We quickly stop the spread of the virus and we have slowly been restoring or systems when we’re sure they are safe, pursued any Ransom software updated in the hospital or older applications that require that they stay on these older versions of pain. That just leaves him vulnerable. Recent attacks and the systems are slowly recovering. The city of Woodstock was also hit with a virus, and in April the city of Stratford paid a $ 75,000 Ransom after a cyberattack had Michael garron, some electives Teresa been rescheduled about. The emergency department remains open without computers, staff have reverted to working on paper Code Grey at the hospital is expected to be listed by weeks and but getting all computers fully back up and running. That will take a few more weeks. Kasra CBC News, Toronto. Several Ontario hospitals have been hit by a cyberattack that blocked access to patient files.