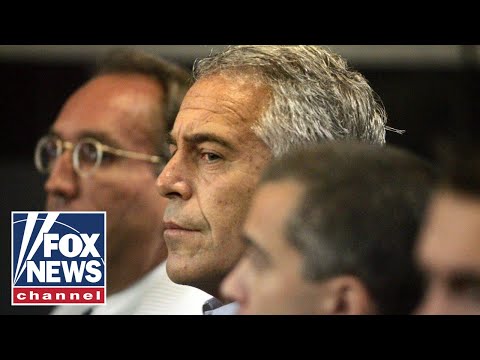 House Judiciary launching investigation into Epstein’s death House Judiciary launching investigation into Epstein’s deathThe house Judiciary Committee is launching its own bipartisan investigation into the details surrounding Epstein’s death, Arizona, Congressman Andy Biggs, sits on the house, Judiciary Committee Congressman. We thought this autopsy report would solve everything it hasn’t person by the way who’s overseeing that autopsy was medical. Dr. Michael Baden, world famous forensic doctor working for some of the people involved, think the Epstein estate etcetera he’s under gag order, so he may have some. You say what do you want to find out about all this will David. First of all, this is this. Is a situation that is right for conspiracy theory there is to go wild on, so we want to find out in just your committee, all the procedures, all the Proto, whether they were followed. Why this one mr. Epstein was left alone. Also, I mean when you start looking at it it it just. It just lends itself to conspiracy theory, so we want to get to the bottom of it see if we can find out and understand, because it really goes to the credibility of of the Federal Bureau of Prisons. What do you want to get to the bottom of? Let me go to the top of the conspiracy theories number one is: do you suspect that any of the VIPs that have been mentioned in the very depositions against the Epstein estate found a way to get to empty? Well, there’s no evidence of that whatsoever, but it doesn’t mean that the the vast majority of people David, I can’t talk to friends, family cuz, there’s! No one here believes it was a suicide it, regardless of what the NSA suicide. So there are, some people say was she’s in a position to know, but a lot of people outside of that position so that have suspicions right. I’M not I’m not going to The credibility of her report of her findings. What I’m talking about is, is you got it a guy who’s committed, allegedly committed horrendous acts, he’s tied into rich and powerful people that could be exposed to have victims all over the place that that one Justice this is this is the type of scenario where the Credit bill, the Vianney can’t win either way, but the credibility of this of the bureau is at stake, and so we have to get to the bottom of it and it and find some real, concrete answers to what happened there and hopefully he wants to do that. Presumably it’ll it’ll just go to exactly what happened in our federal prison system that that got screwed up so terribly and all this do you trust bars investigation or do you think an extra can read? Investigation is necessary. Well, if there’s one person in ministration, that is, that is full of Gravitas. It is certainly attorney general Barr, and so I believe that he’s going to get to the bottom of this, but I think Congress I do agree with with with trim Adler and ranking member Collins. The Judiciary Committee should be looking at this very closely as well and by the way whether or not his death was a suicide or something else. There are still investigations ongoing about those. ypu, so I can go through the list of of all of them, but I won’t do it right now, because they’ve just been accused in depositions, but it presumably there will be investigations whether it civil or criminal into whether they Were involved Pepsi with the attorney general and said the investigation is going to go forward, they’re going to see if, if, if there are other charges that should be brought, is there evidence to support those charges? Of course – and I I trust the attorney general and I think get to the bottom of this thing, but it’s going to take perhaps more months, but maybe even years before we get to the bottom of this alright. Well, why is the origin of the Russia investigation that continues? The Judiciary Committee, of course, has had a couple of swings at that they haven’t, haven’t even hit a single, let alone a home run as far as that goes, but a G bar again City with his investigation, have you heard anything about his investigation. What they’re, looking into what they might have discovered? Well we’re hearing that they’re they’re actually getting to getting close to to resolving some of the issues of of of the people or involved. But you know from the five eyes from the five I countries and I think that’s important. They are conducting interviews overseas, my understanding with it with people who were involved, but the bottom line is here, is, I believe, boys going to get to the bottom of this. I think mr. Durham getting to the bottom of it, but they’re doing one thing that that I credit them for. Is there keeping this really tight lid on this thing? So, are we getting a few leaks here and there were here in a few few rumors, but we’re not getting the wholesale speculation that that you might otherwise expect to find it in the other one that we just have no idea? What he’s doing in this? That’S our friend from Utah and and Uber TIG, the Inspector General Horowitz right. So you got the investigations ongoing is, is Jerry anymore subpoenaed in he wants to continue the the impeachment investigation. He’S now he’s not pretending anymore, he’s coming out with an impeachment investigation related to the Mueller findings, but that, but there were no Mueller findings. That’S the problem for things that went his way so he’s going to continue to stir the pot as much as you can. Arizona Congressman Andy Biggs on mysterious death of Jeffrey Epstein.