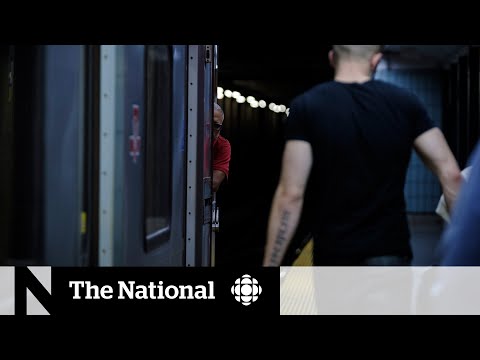 How Canada’s biggest public transit system aims to prevent subway suicide How Canada’s biggest public transit system aims to prevent subway suicideIt could be so small and yet it could save a life at Toronto. Subway the message to commuters just say: hi, it just reach out to them and say how’s it going today. Steps so far in 2019. Are special constables are fare inspectors with the janitors and lots of people there, but they’re not everywhere and they’re, not all the time everywhere and so are trying to reach out and ask customers to lend a hand to to be the one save the life mental health Volunteer to help traumatized Witnesses the same time, so that’s what we’re trying to do is have people there around the same time as it occurred the day before an emotional support and whatever resources we think they may need, or the damask for find Elvis, is to break The silence and the stigma around suicide enter frame as a preventable tragedy, but there is always a fear of triggering podcast. People who are suicidal are vulnerable in vulnerable to messaging, and we have to make sure that we get the right message out, which is that there is hoping that people care you want to remotely Otis CBC News. Toronto. Toronto transit officials turn to commuters for help addressing a rise of suicides. Ioanna Roumelitos explains what’s behind the plan.