How floating trash cans are cleaning up Toronto’s marina 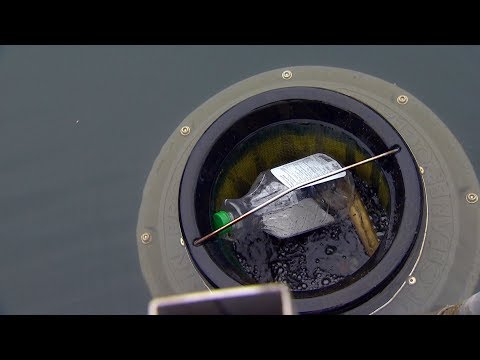 How floating trash cans are cleaning up Toronto’s marina How floating trash cans are cleaning up Toronto’s marinaIt’S never a pretty sight garbage floating on a lake or a river. Well, there is now a technology that can help collect trash and debris in the water and Toronto was one of the first areas in Canada to install floating garbage bins to help clean the outer harbor Natalie nanosky. Has those details? Take a look at any body of water and there’s often trash especially plastic floating on the surface Water Wizz with Annette, and it’s not exactly that easy. But now a new innovation takes all the manual labor out of it. Basically, just sits there in the water pump that pumps with 2500 liters per minute pushing downwards in a pump sort of just slowly pulls garbage towards it and traps it. Let’S take out the Benz, it’s a garbage that you would normally find in the water floating. If you look closely, you actually might see some of the smaller plastic Saturday. In there Google set up seeing garbage every time they went into the ocean. They made a prototype and found him manufacturer in Europe for the marina, so we really improved to make it today as much as fresh as possible and make it last as long as possible once it’s installed, there’s even a sponge inside that sucks up oil and gas In total, the Stephen can pick up nearly four kilograms of trash a day 720 days in the world. Then, if all goes well, they could start popping up in Marinas all over the city. Natalie nadasky CBC News Toronto, and if you want to learn more about all the other Innovations moving US tour, a more sustainable world. What on Earth is a Weekly Newsletter that focuses on all things: environment till you can sign up by heading online to subscriptions. Cbc.ca and entering your email address. A new technology is helping collect trash and floating debris in the water. Toronto is one of the first cities in Canada to install floating garbage bins to clean the city’s outer harbour.
To read more: http://cbc.ca/1.5215763